On January 15th one of the UFC’s favourite sons returns to the octagon…. 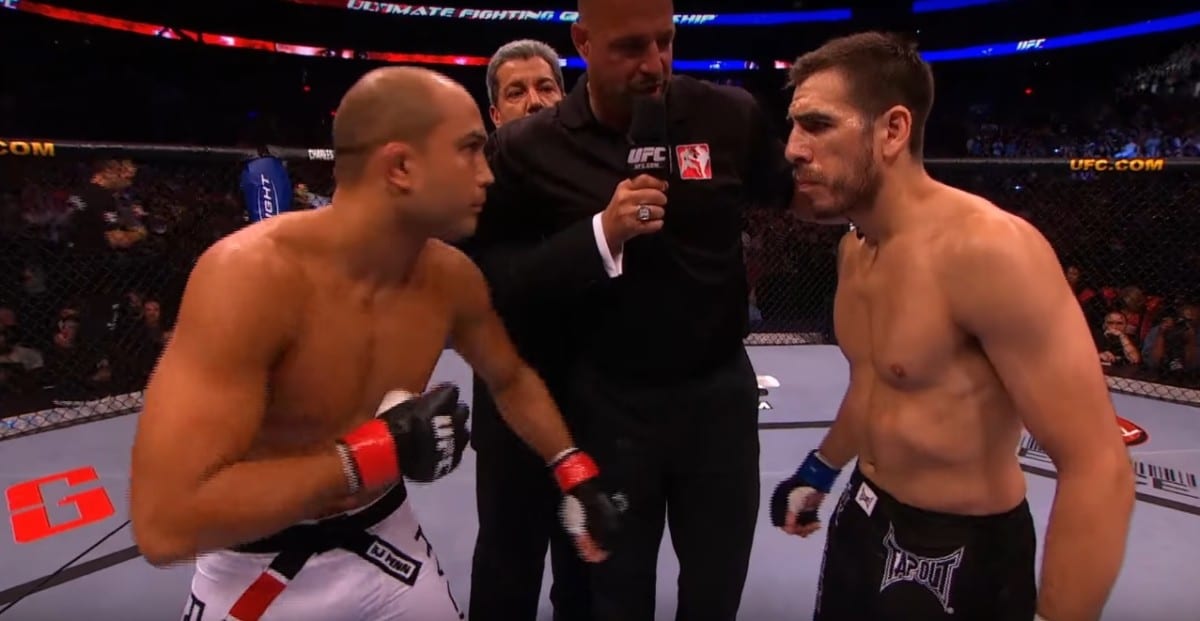 On January 15th one of the UFC’s favourite sons returns to the octagon.

B.J. Penn faces Yair Rodriguez in the main event of UFC Fight Night 103, marking the first time that the Hawaiian former lightweight and welterweight champion will step into the cage in two and a half years.

‘The Prodigy’ is considered a legend in the sport of mixed martial arts. The first American gold medalist in the World Jiu Jitsu Championships, Penn has competed in the featherweight, lightweight, welterweight, middleweight and heavyweight division throughout the course of his career and holds wins over the likes of Matt Hughes, Kenny Florian, Sean Sherk and Diego Sanchez.

More than just his wins, though, Penn is held in high regard for his willingness to take on all comers at practically any weight (he fought Lyoto Machida at heavyweight, for example) but makes his return in the featherweight (145-pounds) division against Mexican prospect Yair Rodriguez, an exciting striker who is 5-0 in his UFC tenure thus far.

To remind yourself why Penn is considered one of the greatest lightweight champions in history, see below for his UFC 101 lightweight title defense against Kenny Florian in what was one of the best performances of The Prodigy’s career.