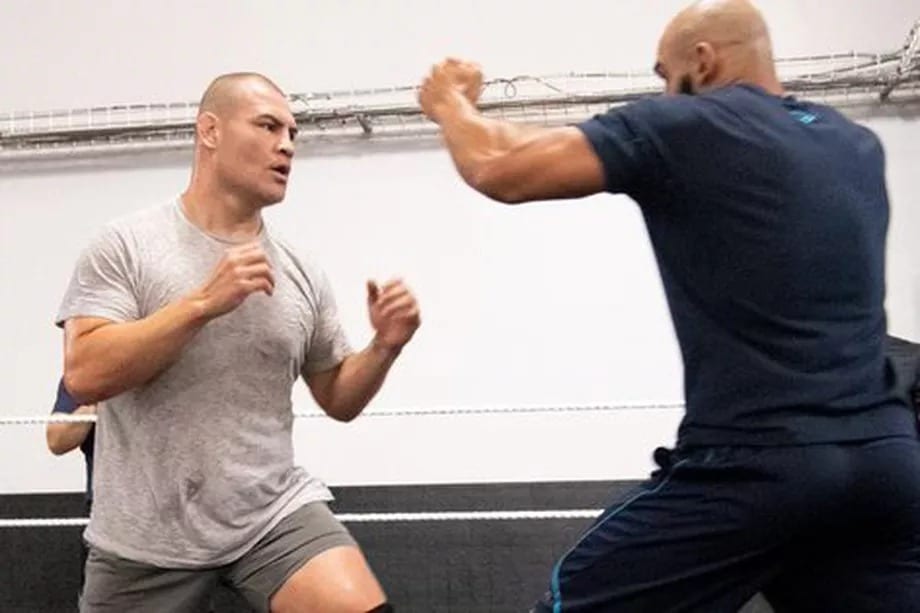 Is this the first image of another WWE-UFC crossover?

Velasquez, considered by many to be one of the top heavyweights in mixed martial arts history, was featured on WWE.com as he trained under former WCW professional wrestler and coach Norman Smiley, as noted by cagesideseats.com.

“My experience here has been amazing,” Velasquez said. “I’m just looking forward to being here and learning as much as I can. I’ve been a fan of the sport since I was a little kid, and now I get to participate in it.”

Velasquez is a friend and frequent training partner of current UFC heavyweight champion Daniel Cormier, who is a lifelong professional wrestling fan. Cormier is expected to face Brock Lesnar in his first defense of his second UFC title early next year.