One of Irish amateur MMA’s best prospects is set for his pro debut on Friday. 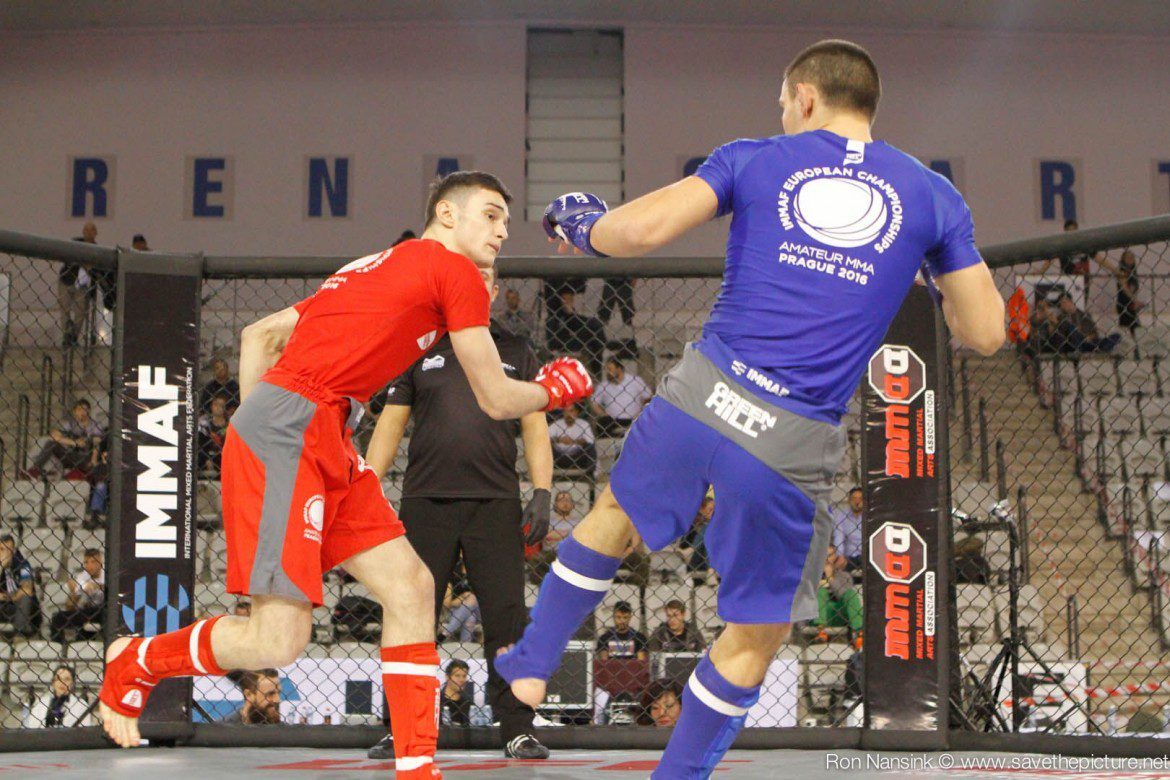 One of Ireland’s finest young grapplers and a fixture in Conor McGregor’s training camps, Lee Hammond, is set to make his professional MMA debut in Romania on Friday night.

Per a report by mymmanews.com Hammond (above, red), 25, will take on the 4-0 Ionuț Brostic in a 155-pound fight in Bucharest as part of the Heroes Fight League card, and comes after the SBG-trained fighter, who is a brown belt under John Kavanagh, won the IMMAF Senior World Championship 2018 two years after claiming silver at the IMMAF European Open Championship.

Hammond has long been seen as one of Irish grappling’s best prospects, with the Crumlin man set to complete his move to the professional ranks in mixed martial arts after compiling a 15-5 records in the amateurs, via tapology.

As noted by Andy Stevenson of mymmanews, Hammond scored a viral submission in the first round of the 2018 IMMAF World Championships when he landed what was later dubbed a ‘hammoplato’ submission in his bout with Moldova’s Stefan Tonu.

Lee Hammond (0-0) weighs in and faces off with Ionut Brostic (4-0) ahead of their lightweight contest tomorrow night at Heroes Fight League in Romania.

Hammond’s amateur career saw him win 13 of his 15 fights by submission (along with one very impressive spinning backfist KO) and he will look to delve into his bag of tricks once more against Brostic, the undefeated Romanian who can boast three submission wins of his own in his four professional wins.