After making his UFC debut, an impressive performance and hard fought victory over… 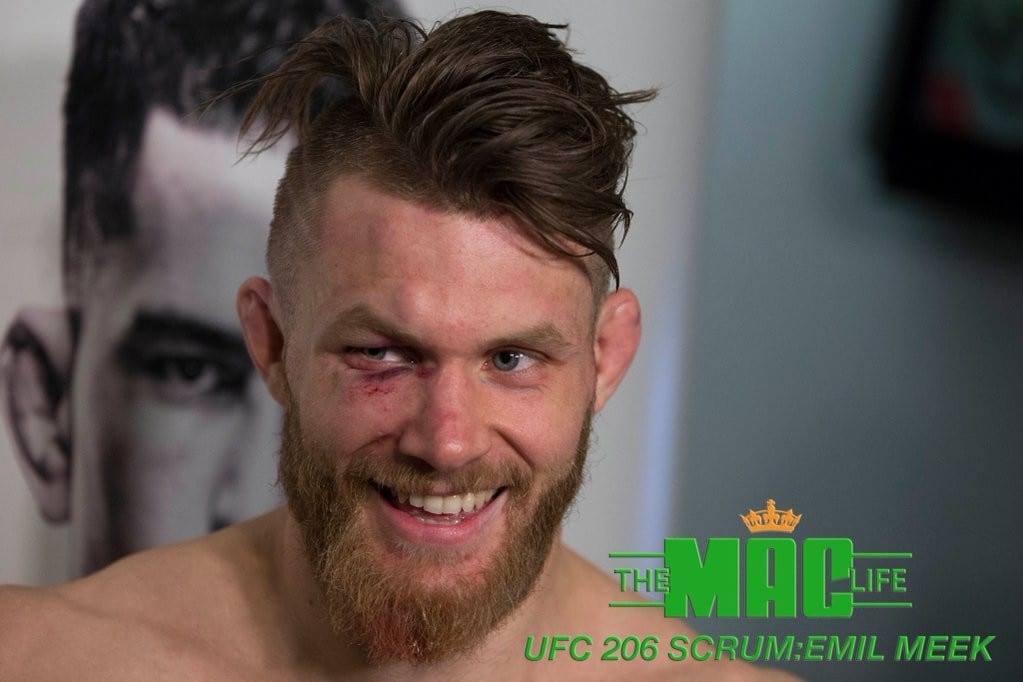 After making his UFC debut, an impressive performance and hard fought victory over veteran Jordan Mein, Emil Meek found his name on many a UFC fan’s lips.

A big part of that attention was because of his sheer enjoyment of being on the big stage. All fight week, Meek showed himself to be an excitable character, very much living up to his viking appearance. He even won over more fans late in the week after he garnered sympathy for two (slightly odd) reasons.

First, he wasn’t allowed to bring his axe to a media day, which was of course a travesty. Secondly, he was forced to shave his impressive beard in order to comply with Ontario commission rules.

While it seems a trivial thing, a demand so late in the preparation could mess with a fighters mind, although Meek maintains he managed to get on with it.

“Not really,” Meek said, post-fight. “It’s just a beard. The only thing was they told me that late, they told me when I was on weight and waiting for the weigh-in’s and [someone said] ‘excuse me sir, you need to shave your beard’ and I said ‘haha, that’s a good joke’. Then they wouldn’t take any criticism of not telling me before.

Even worse, when Meek went to return to his native Norway, he wasn’t allowed to take the axe through customs, and was forced to leave it in Canada.