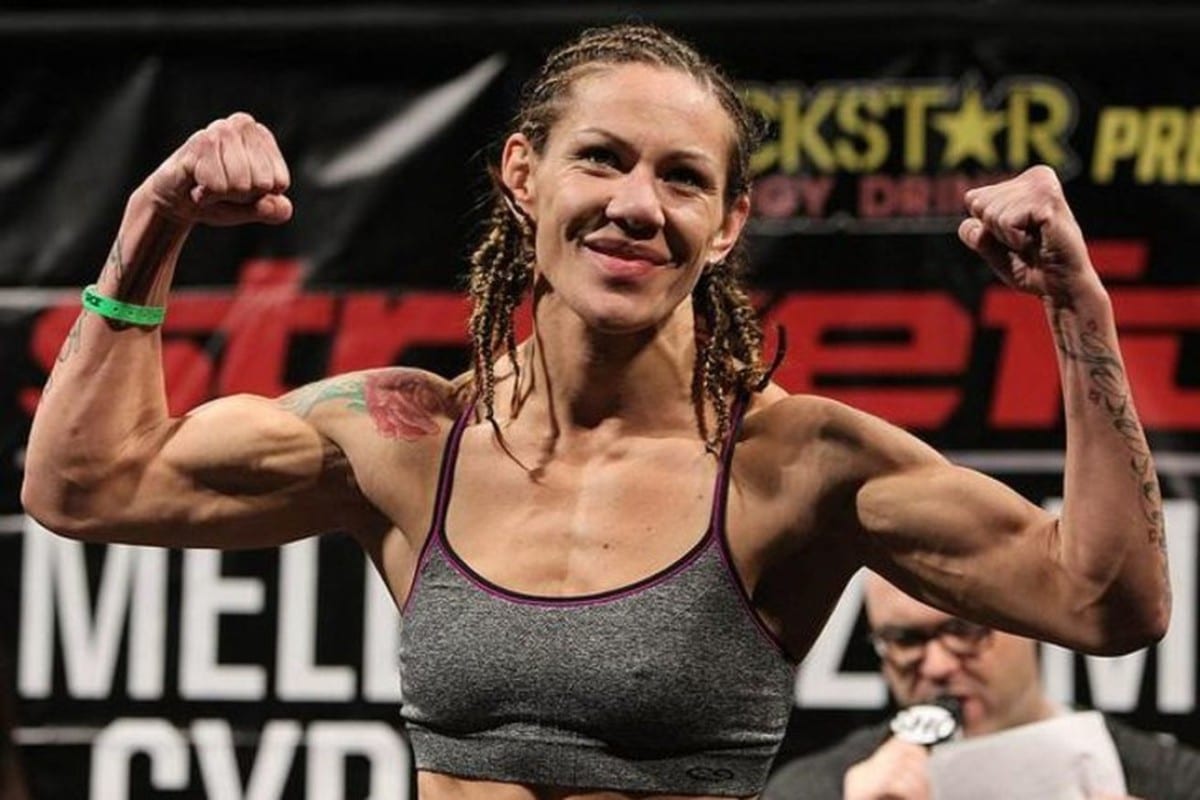 Invicta featherweight champion and current UFC fighter Cris ‘Cyborg’ Justino has been informed by the United States Anti Doping Authority (USADA) of a potential substance violation stemming from an out of competition test administered on December 5th.

As with all cases such as this, the substance that Justino is alleged to have taken has not been revealed.

This marks the second time that the 31-year-old Brazilian fighter has failed a drug test. The former Strikeforce champion served a 12-month suspension after a test failure for the steroid stanozolol in the wake of a 16 second victory against Hiroko Yamanaka in late 2011.

‘Cyborg’ has a career record of 17-1 (with the Yamanaka bout considered a ‘No Contest’) and has remained undefeated in the cage since dropping the very first fight of her career in 2005.

The timing of this possible infraction couldn’t be worse for the Brazilian. After a much publicised difference of opinion with the UFC regarding the promotion’s setting up of a women’s featherweight (145-pounds) division, the UFC yielded in recent days and have set up the new weight class.

The inaugural champion will be decided in the main event of UFC 208 in February, when Holly Holm takes on Germaine De Randamie in the main event slot. ‘Cyborg’ was considered by most analysts as being the first challenger for whoever is to win the title.

It remains to be seen the exact nature of the test failure but, given that it would mark the second failure in the Brazilian’s career, it is very likely that she could be facing a long suspension if the test failure proves accurate.

A statement from the UFC on the matter says: “Under the UFC Anti-Doping Policy, there is a full fair legal review process that is afforded to all athletes before any sanctions are imposed. Consistent with all previous potential anti-doping violations, additional information or UFC statements will be provided at the appropriate time as the process moves forward.”

UPDATE – Justino has spoken to MMAFighting.com about the USADA violation. She didn’t reveal what the substance she tested positive for was but said that the reasoning for it was “medical treatment” for the weight cut to 140-pounds she endured for her most recent bout against Lina Lansberg in September.

“What I can say now is that they are talking to my doctor, and I’m calm,” Cyborg said to MMAFighting. “Everybody knows I’m sick, that I’m recovering from the weight cut I had to do for the fight. What is happening is post-weight cut. Everybody knows I’m sick. They are talking to my doctor to solve this the best way. It’s nothing bad. I’m on medical treatment.”

Justino’s boyfriend Ray Elble commented on an internet forum that the fighter was aware “for a few days” of the infraction and that she has been in contact with USADA regarding turning over all the relevant medical information to explain why the substance in question was required. He also noted that it was not a steroid.