Fireworks between McGregor and Alvarez at UFC 205 press conference 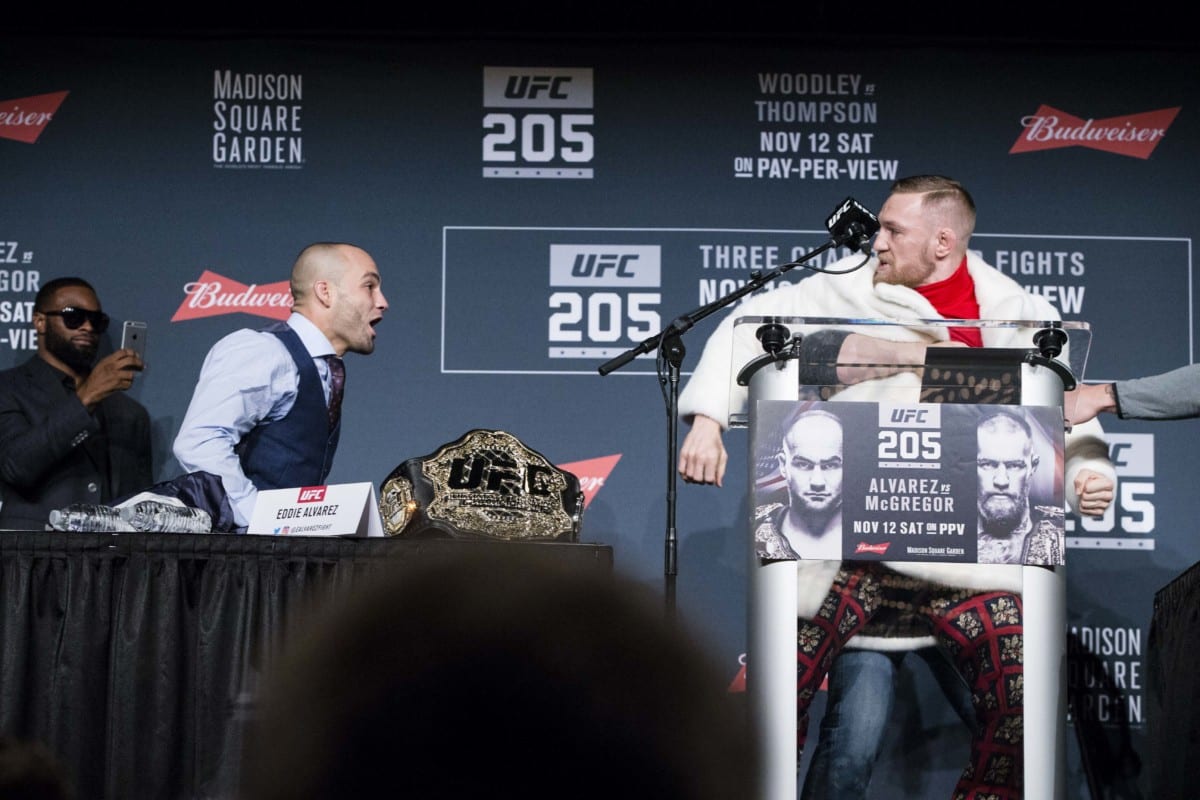 They’re due to fight in Madison Square Garden on Saturday night but UFC 25 almost kicked off early today at the official pre-fight press conference.

The press conference kicked off just after 3pm local time when five fighters walked to the stage. The one person missing? Conor McGregor.

Alvarez, the UFC lightweight champion, was the focus of a chorus of boos throughout from the hordes of Irish fans who had made the trip to New York to support their fighter, walked off stage five minutes into the media event, telling Dana White to “give me a call” when McGregor showed up.

Shortly after that McGregor, who was sporting a Gucci mink jacket, arrived on stage and, harking back to the press conference in Dublin for the José Aldo title fight, grabbed the title belt which Alvarez had left behind him.

Alvarez returned moments later and was not a happy man.

When asked later how it felt to have the two belts in front of him, McGregor replied simply: “Familiar.”

He will have a chance to hold it again this Saturday night.

Conor McGregor arrives for the #UFC205 and takes the belt!! https://t.co/VHBidUa5Fw