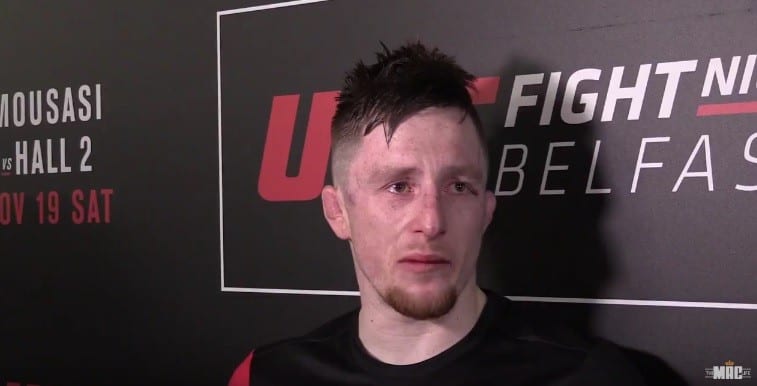 Johns’ compatriot Jack Marshman will also compete inside the octagon in Belfast this evening and even though they represent different teams in their native land, there’s solidarity between the two fighters tonight.

“Me and Jack are out here and we’re both separate teams in Wales. We’re a team out here. We’re Team Wales out here.”

Jack Marshman will be looking to make it a clean sweep for the Welsh when he takes on Magnus Cedenblad later on tonight.

You can watch the full interview with Brett Johns below.