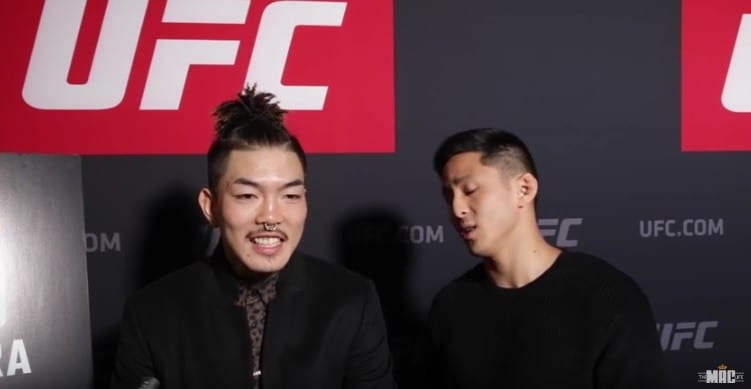 SBG Ireland’s Artem Lobov is charged with solving the riddle of Japan’s Teruto Ishihara this weekend at UFC Belfast. Ishihara, a perfect 3-0 in his UFC career so far, would be considered an awkward opponent for most anyone in the UFC’s featherweight division – a southpaw with good movement who is adept at fighting going backwards.

For Lobov, this is something he sees in training every day when he spars with double world champion Conor McGregor and the Russian Hammer has said that this is the perfect stylistic match-up for him to get his first official UFC knockout.

“I don’t think so”, Ishihara said the TheMacLife.com through a translator. “I’m confident. You guys all know that I do my job well. I can fight anywhere, at any stage. But it’s up to the UFC now.”

Having fought in Japan and the United States so far in his UFC, Ishihara welcomes the opportunity for a fight in Europe. The air and, perhaps unsurprisingly, the Irish women have made a big impression on the fighter so far.

“It’s a lot easier coming here. The women here and the beautiful air. It’s clean air. Gorgeous ladies. I thought that California has the most beautiful ladies but I’m going back and forth. [Ireland] has some beautiful ladies also.”

For his part, Artem Lobov will be hoping to instill some bad memories of Ireland when he faces Ishihara this weekend.