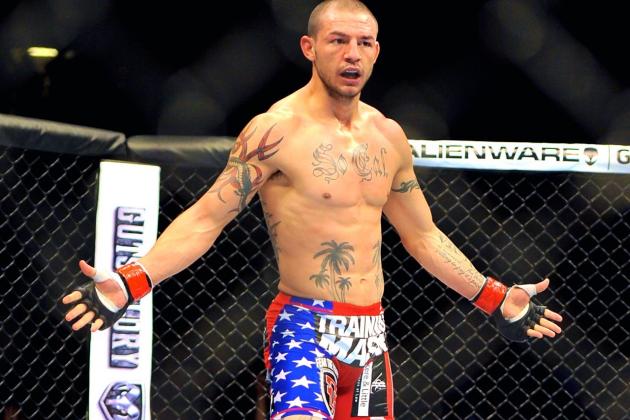 A hugely entertaining featherweight clash between Cub Swanson (23-7) and ‘The Korean Superboy’ Doo Ho Choi (14-1) has been added to the UFC 206 card, which is to be headlined by the rematch between Daniel Cormier and Anthony Johnson in December.

Choi has long been seen as one the top prospects at 145lbs and the pairing with the number 5 ranked Swanson is an intriguing fight between one of the division’s most reliable veterans and its youngest up n’ coming stars.

The Korean had been campaigning for a fight with Swanson, saying in a video released last August that “I think it will be a good fight between the two of us. We both always try to knock out our opponents. I like those types of fighters. If you could tell the UFC that you also want to fight me, that would be great. I would appreciate it. I want to fight you. I will look forward to seeing you in the octagon.”

Call-outs don’t get a whole lot more respectful than that.

Elsewhere, in news that will delight Irish fans who have a ticket to UFC Belfast next month, the top flyweight contest between two former #1 contenders Kyoji Horiguchi and Ali Bagautinov has been re-booked for the Irish card. The fight was initially booked for the ill-fated UFC Manila card which fell apart when main eventer B.J. Penn suffered an injury and withdrew from his fight with Ricardo Lamas.

And UFC Sacramento, on December 17th, will be headlined by a bout between women’s strawweight contenders Paige Van Zant and Michelle Waterson. Van Zant is among the most popular fighters in the division and comes into the fight following a highlight-reel switch kick finish of Bec Rawlings in August. Waterson, meanwhile, was lined up to face Aisling Daly but that fight was cancelled after Daly withdrew due to injury.