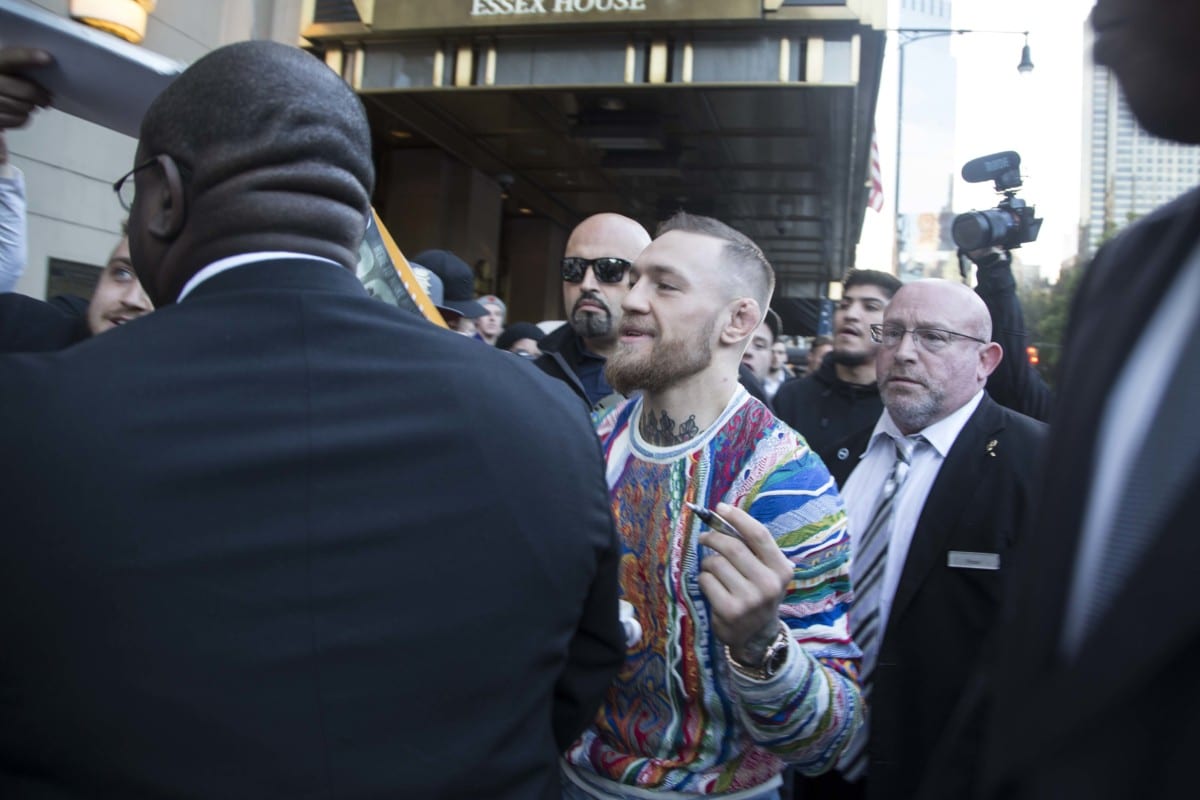 The Big Apple has been taken by storm — and at the centre of it all is Conor McGregor.

The featherweight champion has been exploring New York city all week as UFC 205 slowly creeps closer, and with fans arriving into town for the festivities, there is a noted upping of attention the Irishman’s receiving.

In this episode of TheMacLife video series, watch as McGregor gets mobbed by fans the moment he leaves his hotel, and even has several running into traffic to try and capture selfies or signatures.

Then, it’s media time, as McGregor engages in interview after interview and photoshoot after photoshoot. All necessary work when you’re the biggest star in mixed martial arts.

Stick with TheMacLife.com as we keep you up to date with behind the scenes footage as we head into the biggest UFC event ever held.