Fighting Fit – The cardio benefits of the rowing machine

Cardio is an integral part of any work out, particularly if you’re involved in any… 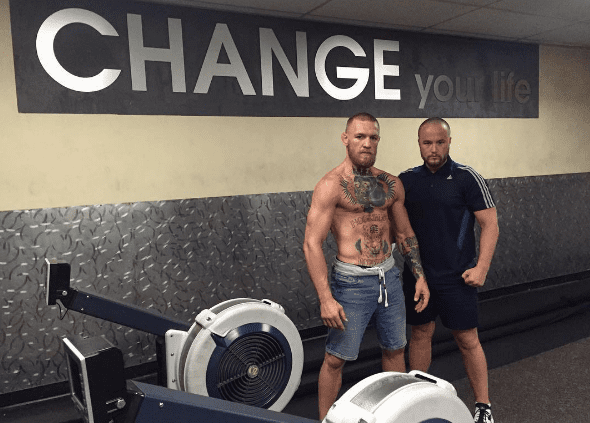 Cardio is an integral part of any work out, particularly if you’re involved in any form of athletics.

While we’ve previously examined the benefits of cycling, there are other ways to get your body to go longer. One method that’s proving to be increasingly popular in gyms around the world is the rowing machine.

To put it mildly, rowing machines offer widespread benefits to the user, including the gaining of muscle, losing of weight and the increasing of cardio.

You may recall, in between rounds in his second fight with Nate Diaz, Conor McGregor was told by his coach John Kavanagh that “this is the last few rounds on the rower”, implying that the training he endured on the rowing machine would have his fighter’s cardio levels in good shape to withstand anything Diaz was to throw at him — and Kavanagh was correct.

In fact, McGregor went on the record last summer in preparation for his second fight with Nate Diaz, detailing his cardio training and explaining that rowing was a big part of it.

But not everyone is a professional fighter and the rower will produce positive results for practically anyone who spends time with it. 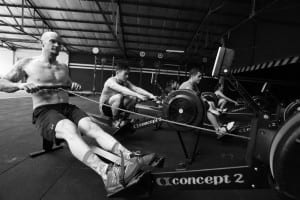 Rowing burns calories rapidly, particularly when used for long periods of time, at a fair-to-low resistance.

In regards to Cardio, the machine is arguably one of the best pieces of equipment in the gym. Rowing is an endurance exercise that requires you to get into an aerobic state; something that improves lung capacity, heart function and blood circulation (…basically cardio).

Tip: Despite the urge to whack the resistance level up to ten, it’s actually more beneficial for you to keep the machines resistance low to help with aerobics. It’s about how hard you row that determines the difficulty of the exercise — not how hard the resistance is.

Building muscle without straining your body

The rowing machine uses virtually every major muscle group in your body, while not harming the joints due to the low-impact nature. The muscles worked are the legs, hips and buttocks, while simultaneously getting the back, shoulders and arms. Add in the fact that the core is engaged with every stroke, and you’re essentially getting a full body work out. As far as exercising goes, you can’t go wrong with a rowing machine. It’s gentle on your body, it’s one of the best cardio builders and can be used almost every day of the week without any repercussions. So off to the gym and row, row, row yo… sorry.