Conor McGregor has signed his bout agreement, TheMacLife can confirm, and will meet Dustin Poirier on January 23 in a rematch of their featherweight contest from 2014. 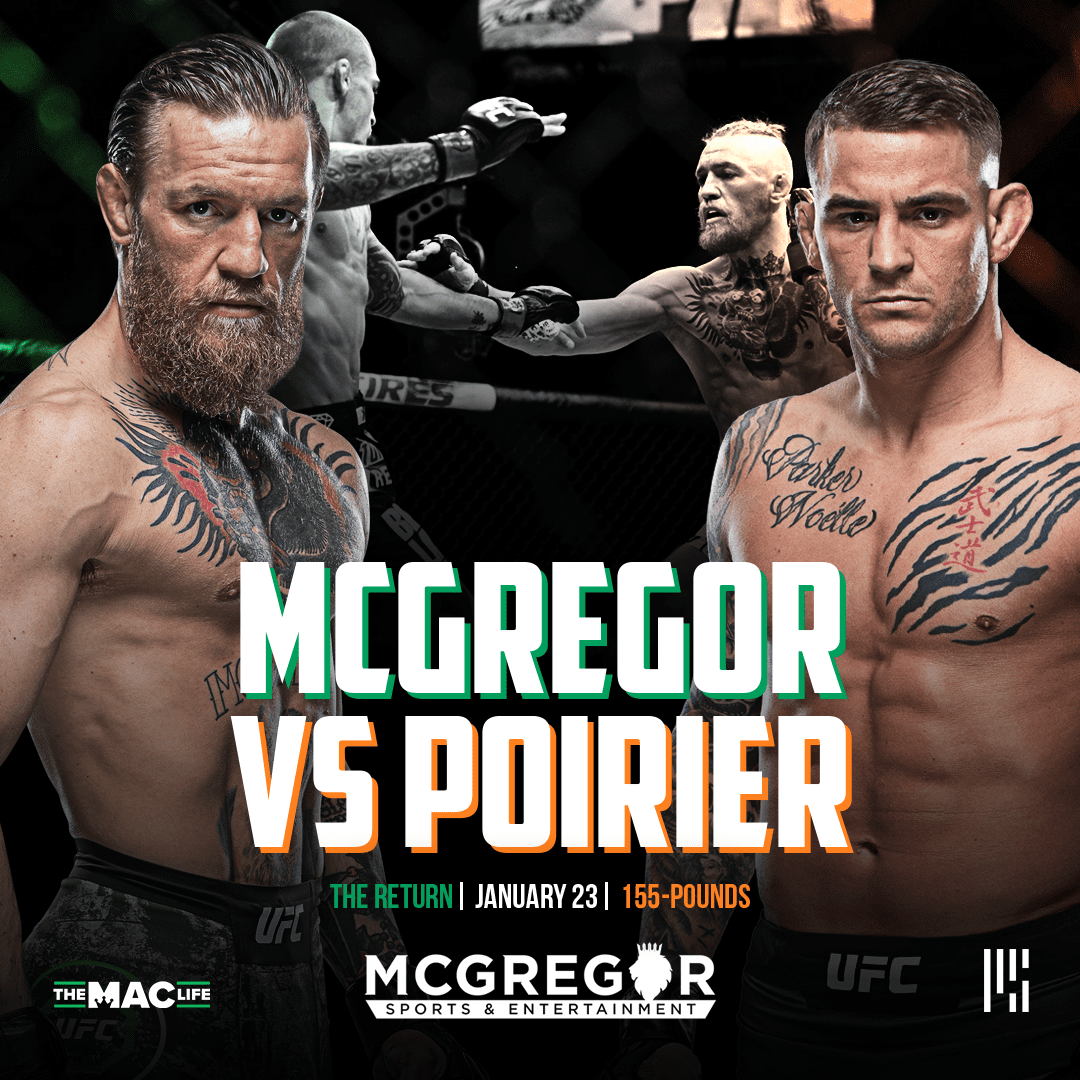 Conor McGregor has signed his bout agreement for his rematch with Dustin Poirier on January 23.

Today, sources confirmed to TheMacLife that the Irishman has signed the contract that will see the two men meeting at 155-pounds, with Abu Dhabi currently the likely destination. The news finally makes the contest official, with all parties having agreed to terms.

It’s a fight with huge implications both inside and outside of the Octagon. Inside, the winner will have established themselves at the head of the pack at lightweight, while outside of the cage, McGregor has pledged to make a sizeable donation to Poirier’s Good Fight Foundation charity.

“I am very grateful to be about to return and get to do what I love again,” McGregor recently said regarding the contest. “I look forward to the fresh test Dustin will bring since our first bout, while also showcasing my own incredibly deep cache of weaponry. Whatever tool is needed on the night will be pulled from the duffel.

“I am also really excited about aiding Dustin’s charity “The Good Fight Foundation”, which through the donation, will build a gym/premise for disadvantaged youth in his childhood hometown. I truly love this, and pledge to match the donation on a premise in my own childhood hometown! Both spots with an ode to the upcoming bout.”

The pair first met in the featherweight division at UFC 178 in 2014 in a completely different phase of their careers.

McGregor was a man fast on the rise, with Poirier touted as his first hard test in the rankings at 145-pounds. McGregor, who famously predicted the result pre-fight to earn himself the moniker ‘Mystic Mac’, defeated Poirier via TKO in 1:46 of the first round.

Since that fight, McGregor went on to become the first man in UFC history to hold two world titles simultaneously, while Poirier himself made a name for himself as one of the grittiest fighters competing at 155-pounds today.