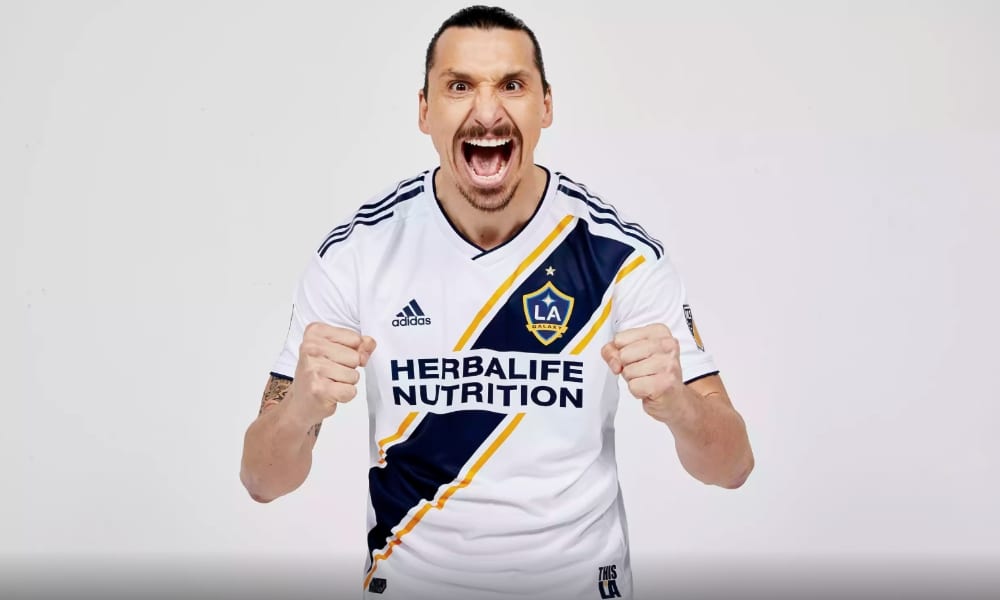 Swedish superstar Zlatan Ibrahimovic took his legendary status in Los Angeles to new heights on Sunday night with a brilliant hat-trick as he fired the LA Galaxy to a thrilling 4-3 win over Orlando City at StubHub Center.

Ibrahimovic who attracts attention with every appearance for the Galaxy, has been a goalscoring success in the MLS since his arrival at the California franchise.

And his three-goal second-half blast made the crucial difference against Orlando as the Galaxy extended their unbeaten run in the MLS to nine games.

A routine header from a deep cross gave ‘Ibra’ his first a minute into the second half, while a diving header from Ola Kamara’s well-weighted chip added a second on 67 minutes.

And his third, an angled finish from inside the box four minutes later, completed the hat-trick and sealed the victory for the Galaxy. It was Ibrahimovic’s first in the MLS, and the first time a Galaxy player has netted a hat-trick since Robbie Keane back in July 2015.

It was a great moment for Ibrahimovic at the Galaxy, but there was some disappointment after the game when it was announced that he wouldn’t be taking part in the MLS All-Star Game on Wednesday against Serie A side – and his former club – Juventus.

The amount of travel required, combined with Ibrahimovic’s schedule of three games in the space of a week, meant it was decided that the Swede wouldn’t take part in the game, despite being voted in by the MLS fans.

In a statement posted to the LA Galaxy website, Ibrahimovic thanked the fans for their support and said he was focusing on delivering success for his team.

“I am disappointed to miss the 2018 All-Star game against Juventus, one of my former clubs,” he explained.

“I want to thank the fans for voting me to the team. My main focus is to score goals and help the LA Galaxy to the playoffs.”