World Cup Betting: Who’ll pick up wins in the final games of Groups A and B?
Press enter to begin your search
Sports

World Cup Betting: Who’ll pick up wins in the final games of Groups A and B?

We look ahead to Monday’s crucial final round of group games, with a little help from Betsafe 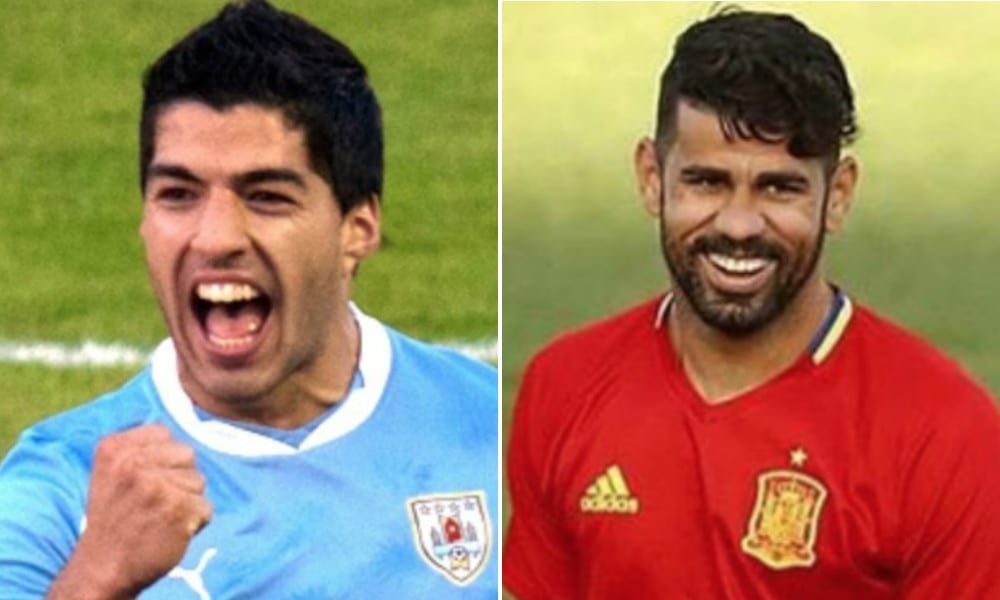 We’ve reached that crucial stage of the World Cup – the final round of group games.

It’s the time when all group-stage business is settled, with the group winners and runners-up decided, as the tournament brackets are confirmed for the knockout stages of the competition.

But before teams can start plotting their respective routes to the final, they have to negotiate those tricky final group games, where a nation’s World Cup fate could turn on one swing of a player’s boot.

Let’s take a look at Monday’s all-important final group games in Groups A and B, with odds from our friends at Betsafe.

Uruguay vs Russia, Group A

Group A is just about as clear-cut as they come in this summer’s World Cup, with Russia and Uruguay dominating, and Egypt and Saudi Arabia struggling.

The Russians and the Uruguayans have won their both their opening group games so far, which sets up their final group game clash perfectly.

Both sides know they’re through, regardless of the result, so they can play with attacking abandon, safe in the knowledge that their progression to the knockout stages is assured.

But there are still high stakes in this game, with the winners of today’s clash going through to face the runners-up from Group B and the losers taking on the Group B winners.

And with Spain looking the smart bet to go through as Group B winners, it means that a win would mean Russia or Uruguay would avoid the Spanish in the next round.

With Russia heading into the match with the superior goal difference, Uruguay need a win to secure top spot. The hosts, meanwhile, will top the group with a win or a draw.

That heightened need to push forward and attack, plus the world-class front pair of Edinson Cavani and Luis Suarez, means Uruguay are the pre-match favourites, at 2.75 with Betsafe. Russia are slight underdogs at 2.90 with the draw at 3.10.

Click here for full betting odds on Uruguay vs Russia, courtesy of Betsafe

Saudi Arabia vs Egypt, Group A

The Saudis have been shocking in this World Cup, and run the risk of heading back home with no goals and no points from their three games.

Egypt, meanwhile, will be wishing they’d started Mo Salah in their opening group game, as they’ve failed to win either of their two matches so far.

But with pride at stake and a genuinely world-class talent in their side, Egypt are the clear favourites to win here, priced at 1.82, with Saudi Arabia a whopping 4.85. The draw can be had at 3.70.

Iran vs Portugal, Group B

The biggest clash of the day. Both sides know that a win will see them through to the second round of the tournament. Portugal hold a one-point advantage over Iran in the standings so far, so know simply avoiding defeat will carry them through.

But Iran showed against Morocco that they are capable of creating chances and, against a Portuguese side that look average in defence, particularly in wide areas, the Iranian side will go into the contest hopeful that they can cause problems.

But, when all’s said and done, Portugal have the player of the tournament in Cristiano Ronaldo. While his team may not look like world-beaters elsewhere on the pitch, he most certainly is, and he’s the main reason why the Portuguese are huge favourites, at 1.66. Iran are massive outsiders, at 6.15, with the draw at 3.85.

Click here for full betting odds on Iran vs Portugal, courtesy of Betsafe

Spain vs Morocco, Group B

The Spanish may have slipped up in their Group B opener against a Ronaldo-inspired Portugal, but they still look in great shape to go deep in this tournament.

A point against Morocco will guarantee their spot in the second round, while victory will secure their progression as Group B winners.

They’ll need to be on their guard, however. A shock defeat to Morocco could still see them eliminated, depending on the outcome of the Iran vs Portugal game.

But with the talent in their squad – and the poor performance of the Moroccans so far in this tournament – today’s game should be a near-formality for Fernando Hierro’s men, who are 1.37 to win today. Morocco are the biggest underdogs on the betting slate today, at 10.50 to beat the Spanish. The draw is available at 5.05.

Click here for full betting odds on Spain vs Morocco, courtesy of Betsafe