Who are the bookies backing for the final two World Cup second-round games? We take a closer look 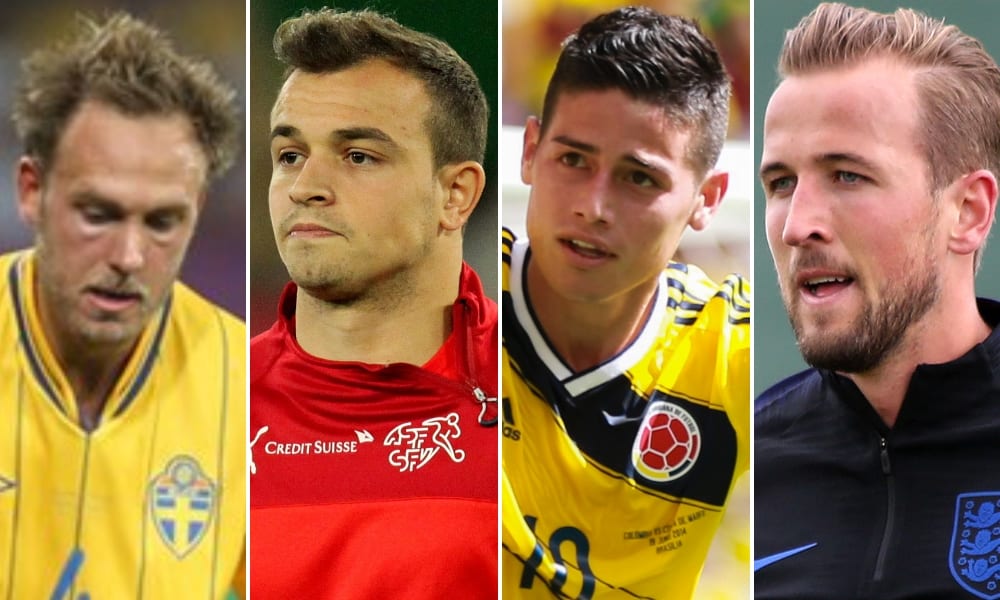 The bottom half of the draw in Russia looks wide open, but which sides will position themselves to take advantage in the quarter-final stage? We take a look at the odds

While the world watched in shock as Germany crashed out, Sweden were celebrating when they sealed qualification as unlikely champions of Group F.

Despite a loss to Germany, wins over South Korea and Mexico secured top spot in the group for the Swedes, who progressed with Mexico from a tricky-looking lineup.

Now they face the prospect of a match against a middle-of-the-road Swiss side that have only won one game so far in the tournament, and haven’t registered a goal in the knockout stages of a World Cup since 1958.

The Swiss progressed from Group E behind Brazil, and their attacking power, including the pacy powerhouse Xherdan Shaqiri, means they’re slightly favoured by the bookies for this match.

Click here for full betting odds on Sweden vs Switzerland, courtesy of Betsafe

Two sides who will both fancy their chance of going a long way in the tournament go head to head in the final second-round clash. But which side will progress?

Colombia qualified as winners of Group H, coming out of one of the toughest-looking groups in the tournment. They also have momentum, having defeated Poland 3-0 and Colombia 1-0 in their last two matches.

England, meanwhile, rested virtually their entire first-choice team in their 1-0 defeat to Belgium in their last group game. It meant they were put into what looks on paper to be the softer half of the draw, but also into a much tougher second-round match.

England’s first-choice XI will be well-rested, and manager Gareth Southgate will be hoping his team picks up where they left off in their 6-1 win over Panama, where they registered their biggest-ever win at a World Cup finals tournament.

But now the level of opposition increases markedly, and England’s young side will face the stiffest test of the tournament so far.

The bookies fancy England’s chances. The Three Lions are 1.55 to advance to the quarter-finals, and 2.19 to get the job done inside 90 minutes.

Click here for full betting odds on Colombia vs England, courtesy of Betsafe