‘We are history, we are born champions’: Chelsea icon Didier Drogba speaks of his delight as the UFC crowns its third African champion - MMA - TheMacLife
Press enter to begin your search
MMASports

‘We are history, we are born champions’: Chelsea icon Didier Drogba speaks of his delight as the UFC crowns its third African champion

One of the greatest forwards in Premier League history is delighted with Francis Ngannou’s win last weekend. 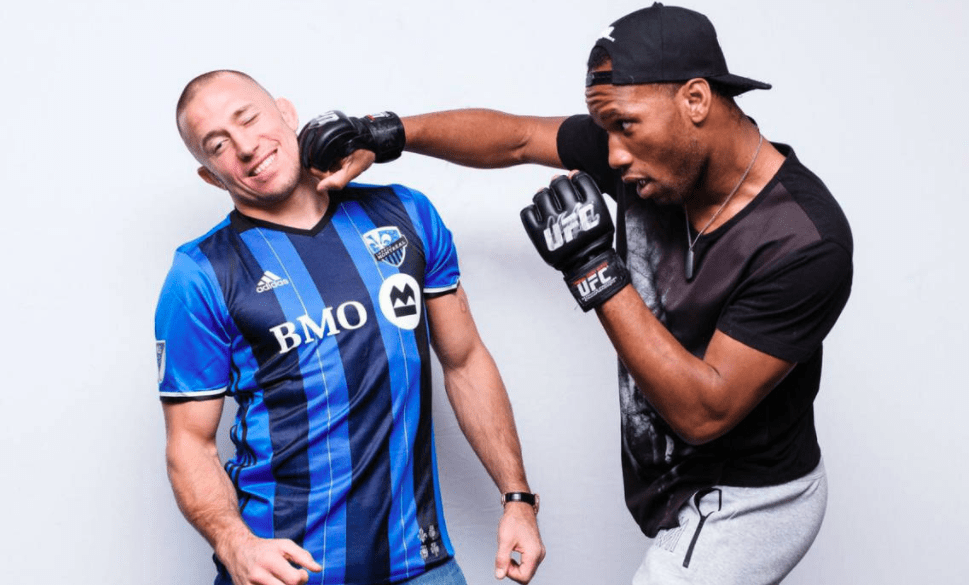 Former Chelsea and Ivory Coast star Didier Drogba is one of the most famous sportsmen to have emerged from the African continent but for a part of the world previously most famous for its football stars, the region is fast becoming a hot bed for mixed martial arts.

Late on Saturday night, Francis Ngannou became the third such champion when he defeated Stipe Miocic by second-round knockout to win the UFC’s heavyweight strap. Another African champion Kamaru Usman was in his corner and the other, Israel Adesanya was keenly watching at home.

And Chelsea legend Drogba was more than happy with the turn of events, retweeting a UFC tweet hailing the trio of title-holders.

We are History, we are born Champions @ufc #proudafrica https://t.co/zE5U9XeU2o

“We are history, we are born champions,” Drogba wrote along with the tweet, before closing with the hashtag #ProudAfrica.

Drogba, a two-time African footballer of the year, scored 164 goals in two spells with the London club and since retiring from football at the end of the 2018 season, he has thrown his weight around several charitable endeavours to help people in Africa