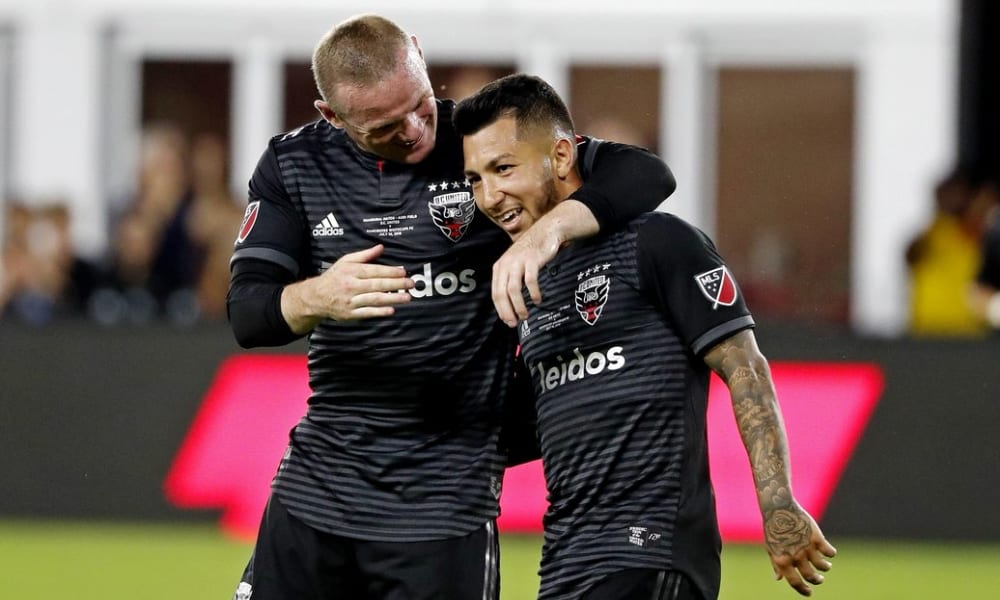 Wayne Rooney made his MLS debut and grabbed an assist as DC United completed an historic first win at their new Audi Field home.

DC United defeated Vancouver Whitecaps 3-1, with Rooney coming on to make an impact as a second-half substitute.

United were already 1-0 up through Yamil Asad’s 27th-minute strike when Rooney came on at the 58-minute mark.

And the former Everton and Manchester United man played a part in two second-half goals as DC wrapped up a 3-1 home win.

Rooney was involved in the move that set up Paul Arriola’s 69th-minute finish, then the former England skipper claimed his first MLS assist as he teed up Arriola for his second with 10 minutes to go.

Young star Alphonso Davies netted a brilliant stoppage-time consolation for the Whitecaps, but it was DC’s day, as United and Rooney celebrated victory in the first game played at their new stadium.