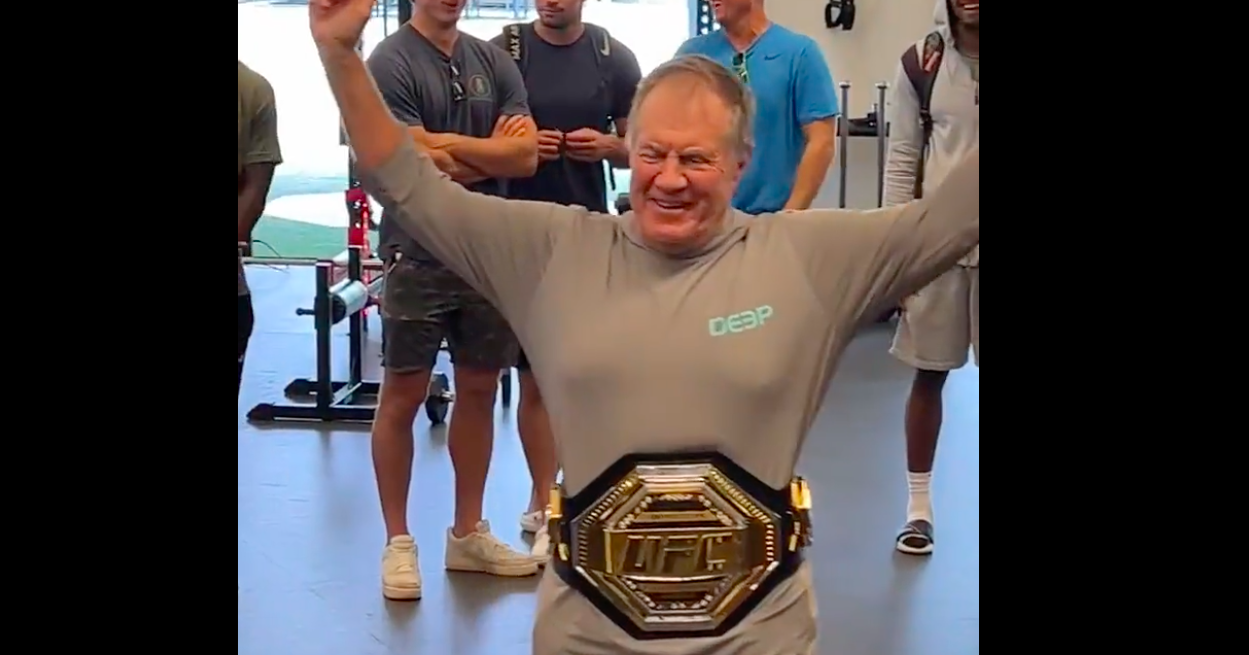 New England Patriots head coach Bill Belichick is arguably the finest coach in modern American sports, and the longtime NFL stalwart has been honoured by Dana White during a recent trip to Las Vegas.

UFC boss White is a noted fan of Belichick’s Patriots; so much so that he attempted to negotiate a deal to bring legendary Patriots quarterback Tom Brady and his right-hand man Rob Gronkowski to the Las Vegas Raiders after both players left New England before ultimately settling in Tampa Bay — with White revealing recently it was a done deal before former Raiders head coach Jon Gruden pulled the plug.

Belichick’s Patriots are spending this week in Las Vegas ahead of their final preseason outing against the Raiders this week and found the time to visit the UFC Performance Institute where Dana White presented the 70-year-old coach with a UFC title, after which Belichick victoriously threw his arms into the air to pose for photographers.

The Patriots and the Raiders clash late on Saturday night in what will be each team’s final preseason game before the NFL season proper kicks off in September.