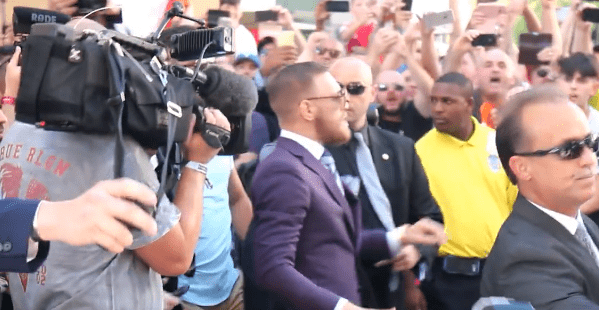 A grand arrival indeed. At a promotional event put on by Showtime in Las Vegas, today, Conor McGregor and Floyd Mayweather’s team engaged in å shoving and shouting match.

It marked the first time the two sides have come into contact since the world media tour, itself nearly marred by physicality. The incident occurred as Team Mayweather were leaving the event, and crossed paths with McGregor and company.

After the two groups stared at each other, words were exchanged, followed by shoving.

See the footage below:

Another one. Conor McGregor is ready to fight. Floyd, Paulie, this guy. You. Me. All of us. pic.twitter.com/s2UgegqrUD