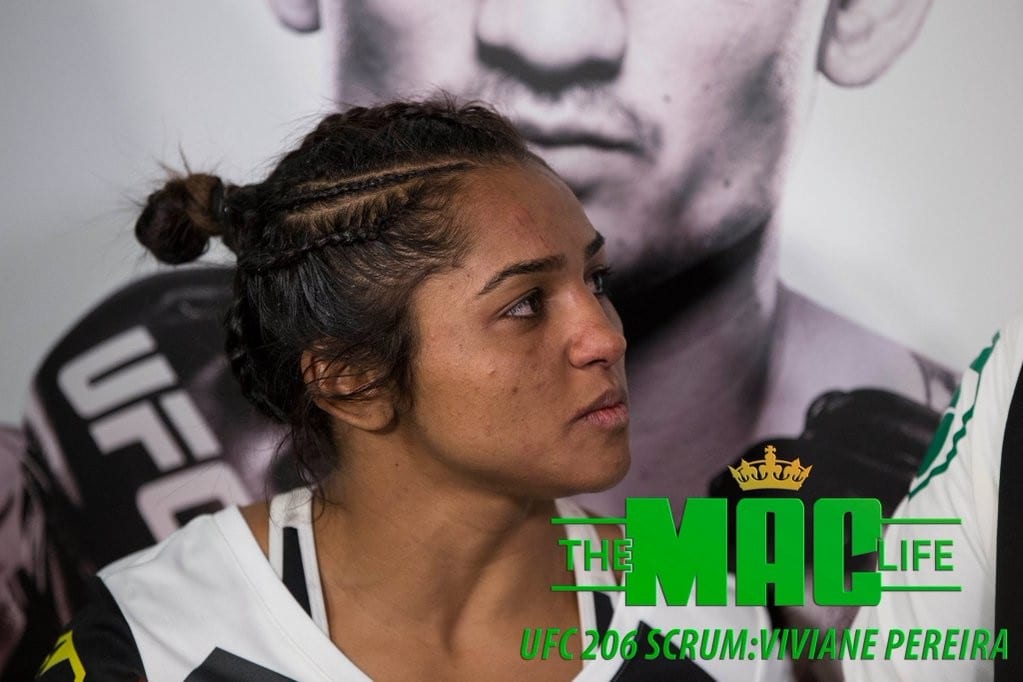 As UFC 206 continues, the fighters on the card head backstage and are interviewed by the media in various scrums to talk about their performances, as well as the event itself.

After defeating Valerie Letourneau via split-decision, Viviane Pereira spoke about her victory, her UFC debut and what it was like to step out into the Octagon.