Jarrell Miller got under Anthony Joshua’s skin at the press conference this morning. 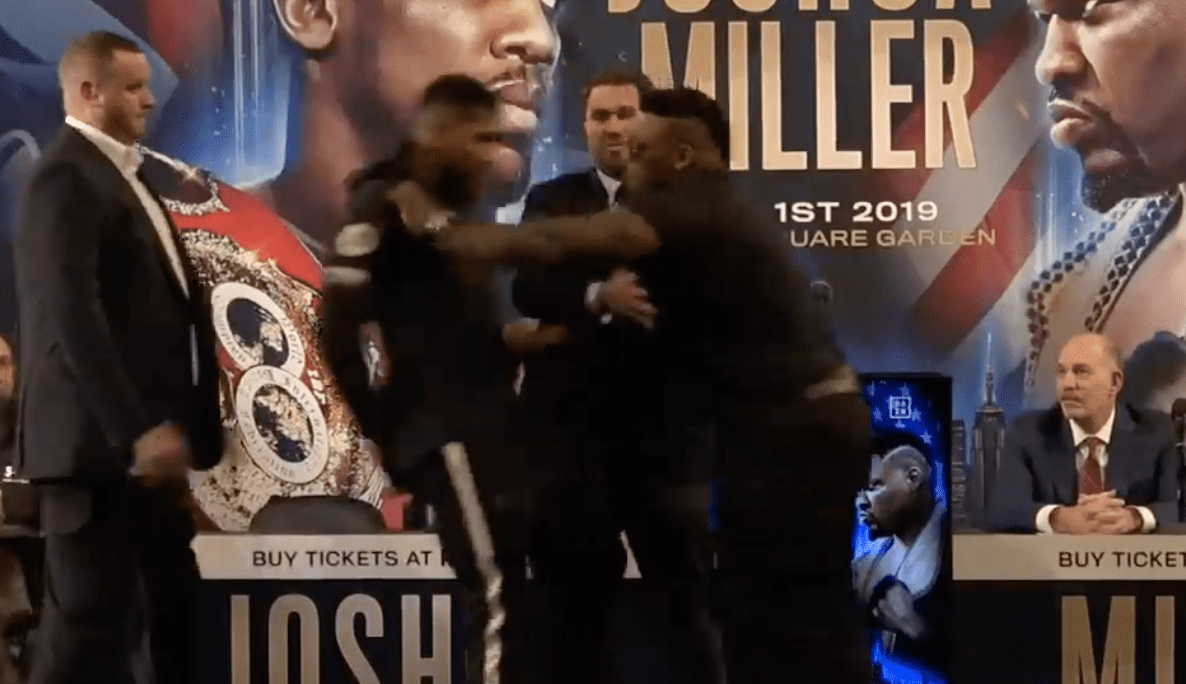 If Anthony Joshua’s brand was starting to get stale, then Jarrell Miller is playing the perfect foil for him.

The two boxing heavyweights met each other earlier today in New York for the press conference to announce their fight on June 1. And while the bout has come under some criticism in terms of Joshua’s level of opponents, it seemed Miller wanted to prove his worth early on, shoving Joshua during their face off.

While Joshua didn’t retaliate, the shove encapsulated a ill-tempered day. During the conference itself, Joshua let his professional demeanor slip, saying of his opponent: “Miller’s a little bitch, and I’m going to knock him the fuck on June 1. There’s no doubt. He’s an ex-kickboxer, drug abuser, punches like a fairy, Fury knocked him out 7 times. He’s the softest puncher in the heavyweight division. … Where’s your mum? I pay her rent now. You should bow to me when you see me. I’m your landlord.”