Video: Conor McGregor tells boxing media “it’s okay to love me as much as I love me”
Press enter to begin your search
McGregorSportsVideos

Video: Conor McGregor tells boxing media “it’s okay to love me as much as I love me”

Conor McGregor has heard boxing pundits aren’t happy about his upcoming bout with Floyd Mayweather, but he wants them to know it’s okay 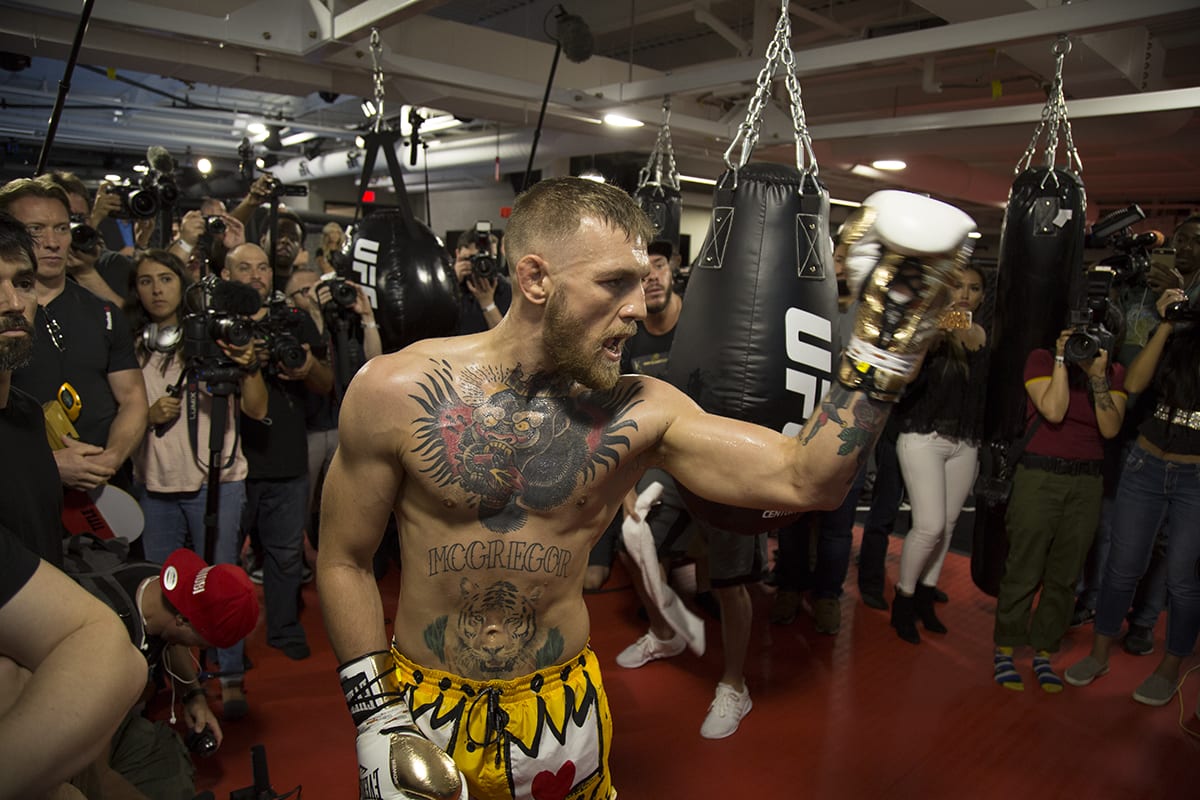 Conor McGregor has heard the rumbles that traditional boxing media members are in someway disgruntled by the unconventional bout between himself and Floyd Mayweather.

But while Leonard Ellerbe might be angered by those negative comments, McGregor takes a different attitude — he doesn’t believe in them.

Yesterday, Ellerbe had voiced his own frustrations with various media members providing a negative narrative.

“We appreciate all the fans. We don’t ever want to turn our back or say anything,” Ellerbe said at Mayweather’s own open workout. “But again, the hardcore fans, that’s the reason why our sport isn’t where football and basketball is. It’s because we stay in our own little box. It’s like, you tell me what’s wrong with these two guys fighting. If you don’t want to watch it, don’t buy it. It’s as simple as that.”