As if the fight with Eddie Alvarez wasn’t enough this weekend, Conor McGregor… 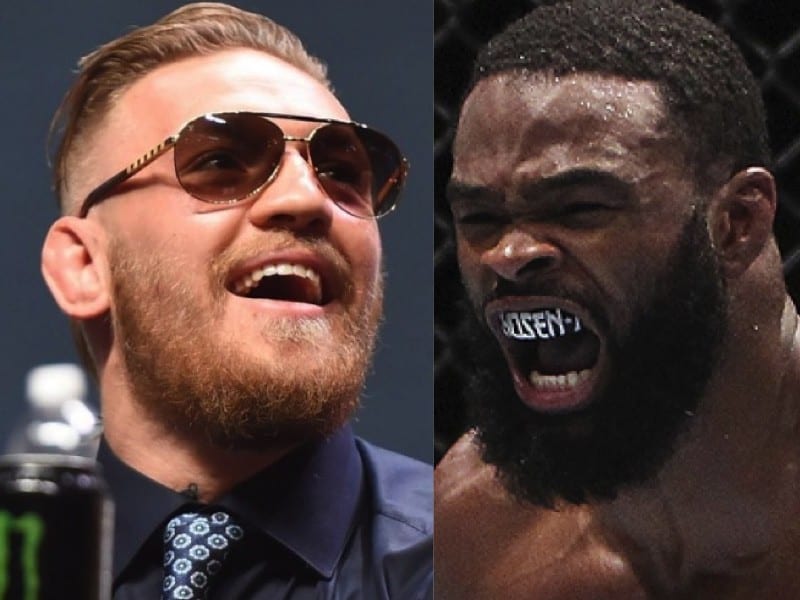 As if the fight with Eddie Alvarez wasn’t enough this weekend, Conor McGregor reignited his rivalries with Tyron Woodley and Khabib Nurmagomedov backstage at the UFC 205 weigh-ins in Madison Square Garden.

The heat between Woodley, the UFC welterweight champion, and McGregor has been simmering since the pre-fight press conference earlier this week when McGregor stated that once he relieves Eddie Alvarez of the lightweight title, he is coming for “all the belts”.

Then the two fighters had a tense run-in prior to the weigh-ins on Friday morning and continued the verbal barbs on Twitter shortly after.

It kicked off again at Friday evening’s ceremonial weigh-ins inside Madison Square Garden.

As soon as the first bell rings on Saturday night between McGregor and Eddie Alvarez, it will mark the third different weight class that the Irishman has competed in over the course of the last eleven months. And with the historic feat of being the first person to hold two UFC titles in two different weight classes within his grasp, more and more fighters are attempting to place themselves directly in McGregor’s firing line.

That includes Khabib Nurmagomedov. The Russian fighter faces Michael Johnson on the undercard of UFC 205 and a win against the sixth ranked fighter in the lightweight division would underline his status as a top contender in the 155 pound division.

Another “option”, as McGregor might put it. So when the two fighters came face to face backstage prior to the ceremonial weigh-ins, fireworks followed.

Check out the footage below.