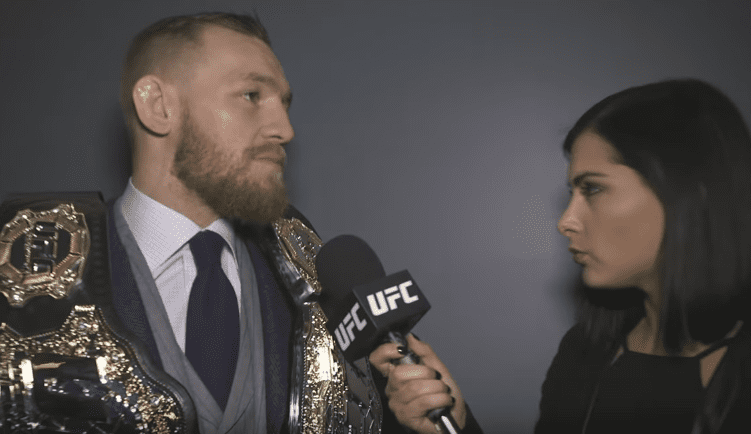 Last night Conor McGregor became the first person in UFC history to hold two belts in two divisions simultaneously after he KO’d Lightweight champ Eddie Alvarez in the second round of their UFC 205 headline bout in Madison Square Garden.

The moment will go down as one of the greatest ever achievements in the history of the sport, and will be talked about for years to come, but those discussions will come after the media melee dies down, but that could take a while.

Post-fight interviews and press conferences have dominated the newly crowned champ’s time in the hours following the famous win, and that doesn’t even include the backstage interviews the king of the Lightweight division has been recording.

Speaking to UFC correspondent Megan Olivi directly after the bout, McGregor talked openly about the fight, his plans for the future in and out of the cage, and the altercations with other fighters during the week in the build up to Saturday night’s card.