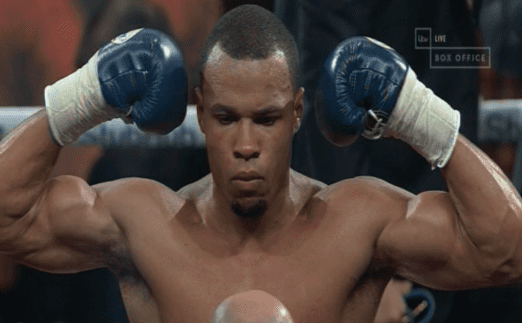 The finish came in the third round, after the undefeated Yildirim pushed Eubank Jr. to the ropes, only for the Brit to begin unloading with lightning fast combinations that Yildirim was unable to cope with.

Then, after a concrete left hook sent Yildirim crashing to the canvas, the referee leapt in and called a stop to proceedings without even issuing a ten count. The victory has given Eubank Jr. — who barely celebrated in the ring — his second successful title defence.

Check out knockout in the video below: