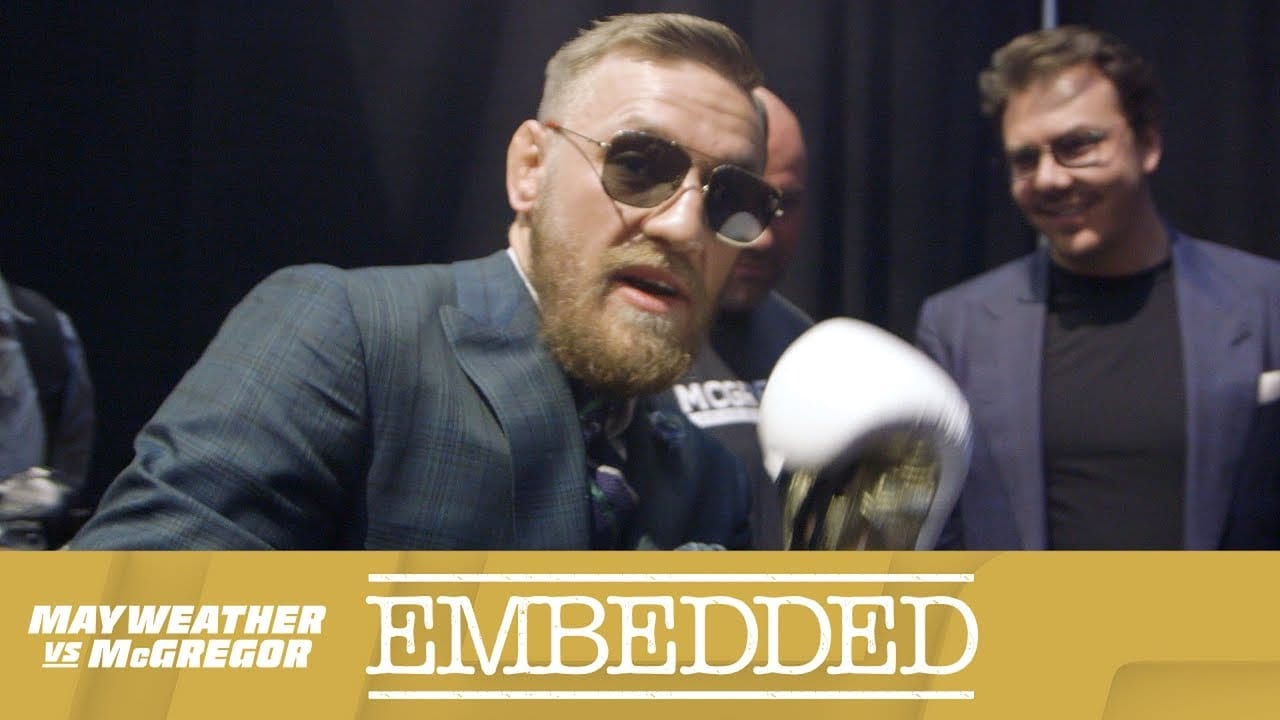 It is officially fight week for Conor McGregor vs. Floyd Mayweather.

The most talked about sporting event of the year, and the biggest fight in combat sports history is just days away, and promotion is beginning to reach its culmination. Interviews, press conferences, and weigh-ins are all set to take place before the bell rings on fight night.

The boxing bout this Saturday is gives viewers a number of firsts — not least being the first time a top tier MMA fighter meets a top tier boxer in competition — but also the first of its kind in terms of promotion.

Multiple parties have come together to play host to the event, including McGregor and his MMA promotional ‘home’ the UFC — and naturally, if the UFC are involved, then there’s a fight week Embedded Series to be seen.