Tensions were high at the first official press conference ahead of the December clash. 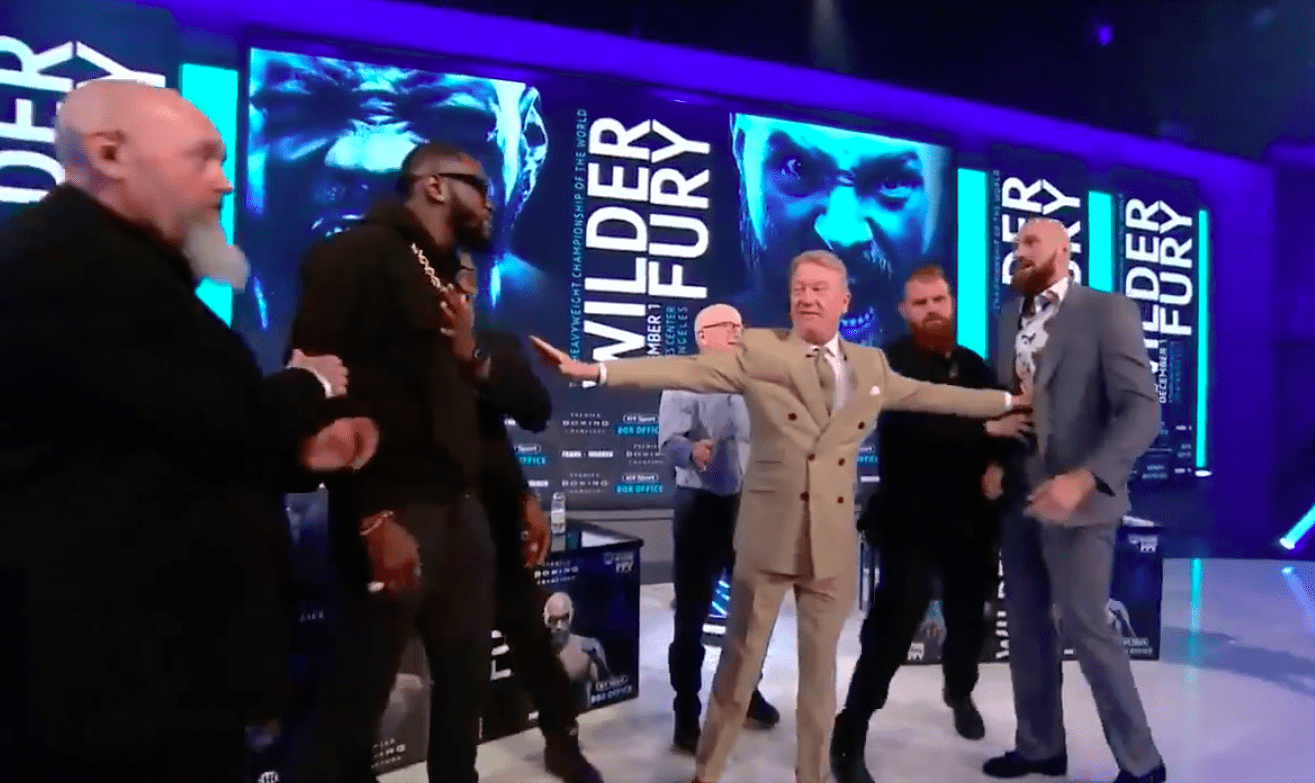 Undefeated heavyweight fighters Tyson Fury and Deontay Wilder had to be separated today at the first official press conference ahead of their blockbuster bout later this year.

A press tour to promote the fight kicked off today in the BT Sports studios in London ahead of two further press events in New York and Los Angeles later this week.

Fury, who has won two fights since defeating Wladimir Klitschko for the world heavyweight title in London in November 2015, dismissed talk that he is the “challenger” in their bout, before promoter Frank Warren was forced to step in as it became heated on stage between the two fighters.

😲 THAT ESCALATED QUICKLY 😲@Tyson_Fury wants to feel @BronzeBomber‘s power, is shoved and the bouncers have to step in between them.

“I am no challenger for no man. I’m the linear heavyweight champion of the world, the best of the best,” Fury said. {his is two champions colliding, equal rights, rephrase and start again.

“You think this is a game? I’ll punch your face in. You’ve got power then, let me feel that power boy. I want to feel it. I feel 10 of you. Hit that big bald head.

“You’ll feel the wrath, hell has no fury like Tyson Fury.”

Wilder, for his part, returned fire.

“It’s important to establish dominance,” the American said. “I say I’m the best, the baddest man on the planet. When it comes to Tyson Fury, I’m all about devastating knock-outs, it’s what I do.

“He’s got two months to get ready, he lost a lot of weight; he’s got to lose a little more. We can’t live off others’ opinions. You’ll know what time it is, you come here to see one thing, me knocking somebody out.”

Tyson Fury and Deontay Wilder will meet in Los Angeles on December 1.