Well, Tyron Woodley wasted no time enforcing his status as champion. After knocking out Robbie Lawler… 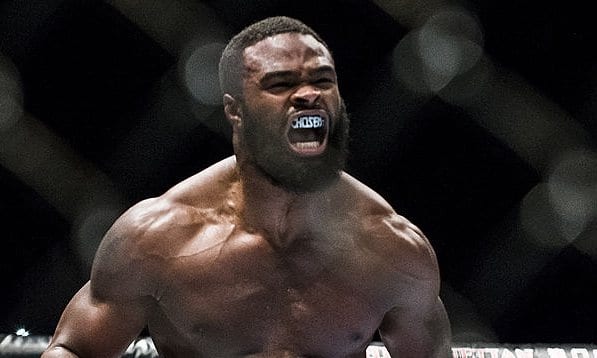 After knocking out Robbie Lawler to win the UFC welterweight champion, Woodley took to the UFC on FOX post-fight show to make his future plans clear: make money.

In a conversation with welterweight contender Stephen ‘Wonderboy’ Thompson, who was acting as an analyst for the night, Woodley seemed to play down the idea of facing Thompson and instead pointed to a potential bout with the soon to be returning Nick Diaz.

“I’ve been in this game, I’m an OG, I’ve been here for a while, I wanna make the big dough. So if he wants to fight August with his brother Nate Diaz, I think me and him can showdown at [UFC 202]. I’m uninjured, August, I’m ready to go. 202, let’s make the money. I think he’s deserved it, I think he’s put enough butts in the seats. He deserves to make that payday, so lets get it.”

Watch the new champions comments below: