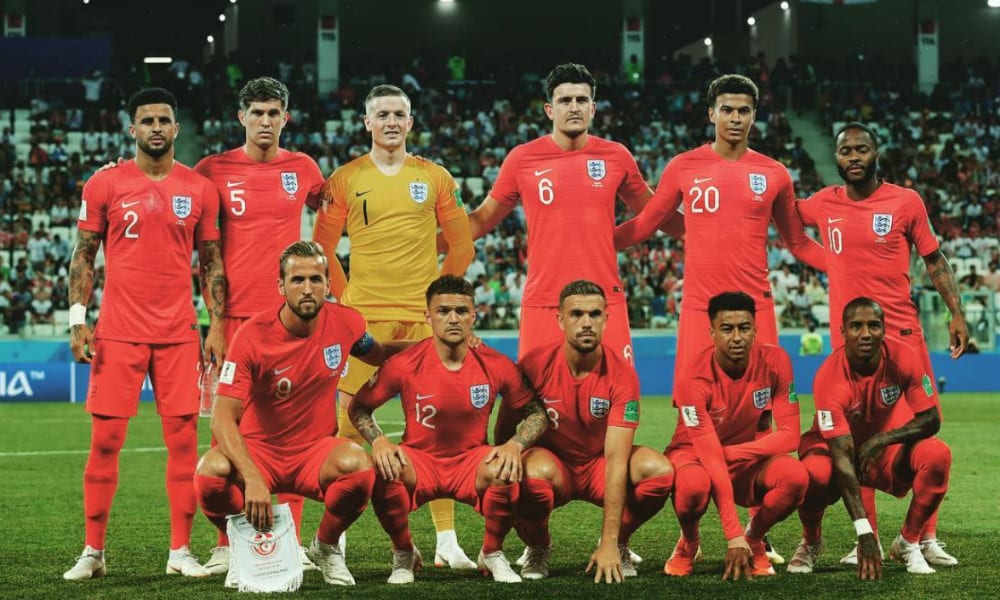 England’s 2018 World Cup campaign got off to a winning start with a 2-1 victory over Tunisia in Volgograd.

England started fast and nearly took the lead in the second minute, when Jesse Lingard’s effort was blocked on the line from Hassen in the Tunisian goal.

England’s pace was in evidence early as Lingard, Dele Alli and Raheem Sterling’s surging runs caused the Tunisian back line all sorts of problems in the opening exchanges.

But when the breakthrough came, it was from a good old-fashioned set-piece, as captain Harry Kane finished from close range after Hassen brilliantly saved John Stones’ towering header.

John Stones has his header parried away but Harry Kane is on hand to fire in from close range as England take an early lead. #ENG pic.twitter.com/4VCzvZAujx

Hassen was replaced shortly after following a shoulder injury, but his replacement Ben Mustapha watched on from the other end of the pitch as Tunisia were awarded a penalty after Kyle Walker was adjudged to have fouled Fakhreddine Ben Youssef inside the box.

Ferjani Sassi stepped up and coolly slotted his spot-kick past Jordan Pickford to draw Tunisia level after 35 minutes.

Tunisia equalize from the penalty spot and we've got a game on our hands! #ENG #TUN pic.twitter.com/wV4KAGeNG8

There were strong calls for a penalty at the other end when Kane was wrestled to the floor, but England’s appeals were waved away by the officials.

And England came just inches from retaking the lead before the break when the dangerous Lingard got in behind the Tunisian defence but his toe-poked effort hit the outside of the post.

The second half saw England dominate possession without really troubling the Tunisian goal until Gareth Southgate introduced Marcus Rashford and Rubel Loftus-Cheek, who lifted the tempo in the final few minutes.

And England’s final push paid dividends as Loftus-Cheek earned a corner, Harry Maguire headed on and Kane found space at the back post to head home and secure a hard-earned win for the Three Lions.

Harry Kane heads in from close range in the dying seconds of the match and likely wins it for England! #ENG pic.twitter.com/6ab28w5KbJ

England’s second group game will see them take on Panama – who were well beaten earlier today by Belgium – knowing that victory will secure their berth in the second round.