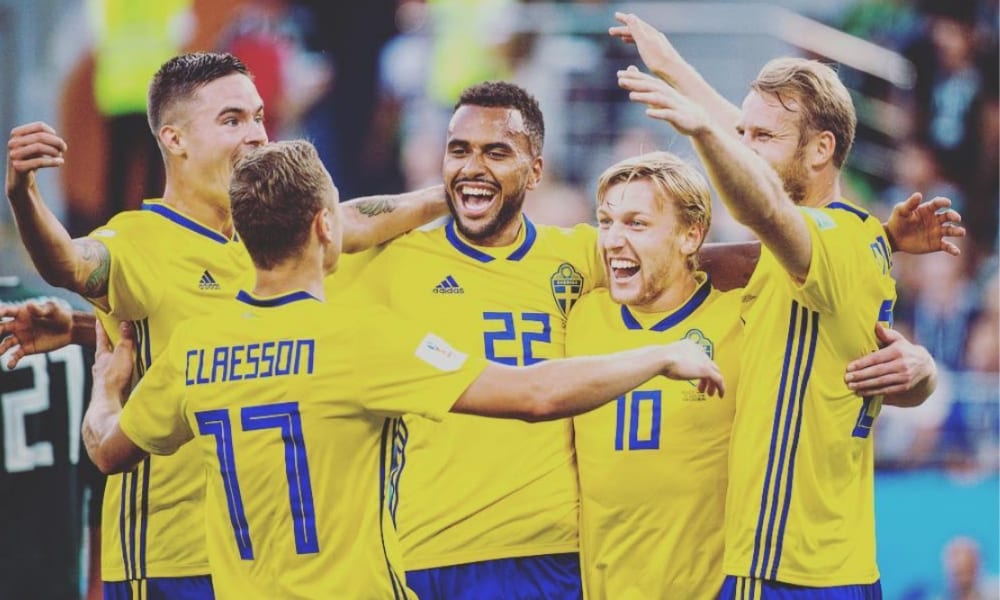 Sweden edged out Switzerland to progress to the quarter-finals of the World Cup after a game full of missed chances in St-Petersburg.

Sweden started faster of the two sides, and spurned three golden chances to take the lead in the first, with striker Marcus Berg the culprit on two occasions.

First, Berg fired high and wide when put clean through on goal on eight minutes, then, just moments later after a defensive calamity presented the striker with the ball in the heart of the Swiss box, he took too long to get his shot away and his effort was well blocked.

Berg was denied again on the 28-minute mark after a penalty-box scramble when his goal-bound effort was superbly saved by Swiss keeper Jan Sommer.

And four minutes before the break Albin Ekdal missed another golden opportunity for Sweden, volleying over from seven yards out when a diving header may well have resulted in a goal.

The Swiss, meanwhile, struggled to create many serious openings, with Blerim Dzemaili and Granit Xhaka’s shots over the bar the best they could muster in an opening half that saw the two sides muster 14 shots, but only three on target.

The game remained scrappy with few chances through to the hour mark, and when Sweden finally took the lead on 66 minutes, it was fitting that it came via a huge deflection.

The lively Emil Forsberg cut in from the left flank, drove across the front of the penalty area and fired towards goal. It looked as if Sommer had the shot covered, but Swiss defender Manual Akanji’s attempt to block the shot only deflected the ball past the goalkeeper and into the corner of the net.

Switzerland poured forward in the final stages, desperate to find an equaliser to keep their World Cup hopes alive, but Sweden’s defence held firm, and they delivered the final blow in the game’s final seconds when Martin Olsen broke clear of the Swiss defence and was brought down by Michael Lang on the edge of the area.

Initially the referee gave a penalty and sent Lang from the field, but VAR officials checked the offence and ruled that it took place just outside the box.

The free-kick ultimately led to nothing, but Sweden weren’t concerned. The job had been done, as they secured their safe passage through to the quarter-finals, where they’ll meet the winners of the Colombia vs England game later today.