Russia held Spain to a dour draw, but had the nation on its feet after eliminating the 2010 World Cup winners on penalties 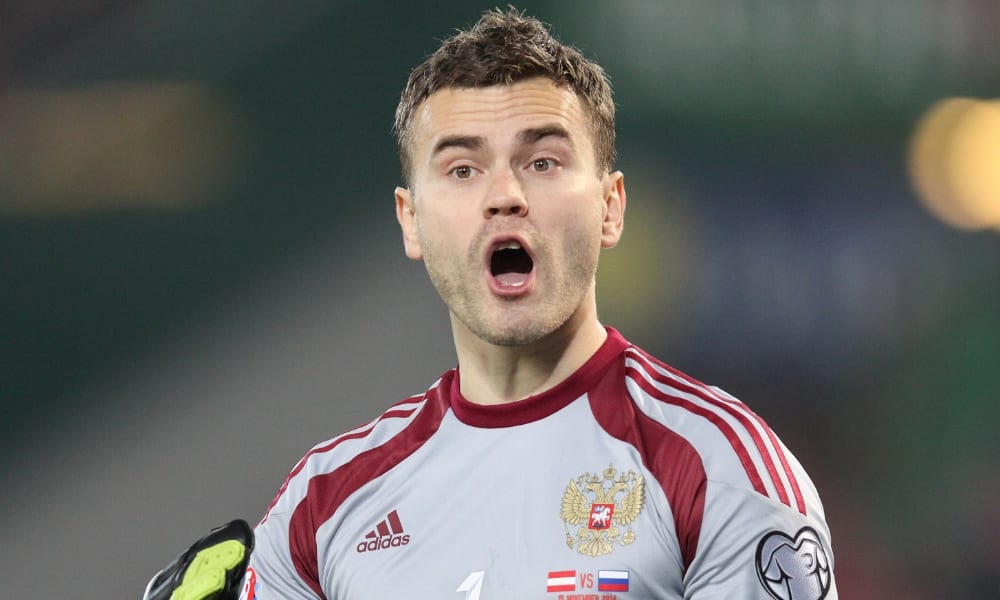 Russia shocked Spain after one of the least entertaining games of the World Cup proved to be the start of the tournament’s biggest party in Moscow.

Spain got off to the perfect start with an early goal, but they had some heavy-handed Russian defending to thank for their unorthodox opener.

A corner was delivered into the Spanish box, as Russian defender Sergei Ignashevich was busying himself wrestling Sergio Ramos in the heart of the penalty area.

As the ball arrived the Russian defender was so busy with his back to the ball wrestling Ramos to the ground that he didn’t deal with the incoming cross, which struck him on the back of the leg and deflected into the net.

It was a hammer blow to the hosts’ hopes, and Spain settled into their usual ‘tiki-taka’ passing style, but without really causing the Russian defence too many serious issues.

And Spain’s relaxed attitude to their 1-0 lead came back to bite them five minutes before the break when Gerard Pique was penalised for handball in the penalty area, giving the hosts a golden opportunity to level things from the spot.

Did Gerard #Piqué deserve to give away a penalty for this?

RT for YES
LIKE for NO #ESP #RUS #WorldCup pic.twitter.com/EoeVH2tRZg

2 – Gerard Piqué 🇪🇸 has conceded 2 penalties at the World Cup, more than any other Spanish player in the competition since 1966.. #ESPRUS #WorldCup #ESP #RUS pic.twitter.com/VceA6Q3Xe6

Spain started the second half with noticeably more attacking intent as they pressed back the hosts into their own half with a relentless period of pressing possession football.

But, in a repeat of their first-half display, the Spanish side couldn’t translate their possession into clear-cut chances at goal, as Russia comfortably kept the 2010 World Champions at bay.

The hosts threw on three-goal hero Denis Cheryshev in a bid to grab a late winner in the last half-hour, while Spain introduced veteran playmaker Andres Iniesta as they looked to find that added quality in the final third.

But the game failed to catch fire, as Spain seemed more intent on passing sideways and keeping possession than taking the risk of playing an attacking through-ball.

That, combined with Russia’s staunch defending, meant the game descended into a tense stalemate that continued throughout 30 minutes of extra time at the Luzhniki Stadium.

But before the match went to penalties, there was still time for a moment of high controversy as Sergio Ramos appeared to be manhandled in the Russian penalty area. The incensed Spanish players appealed vociferously to the referee as the incident was reviewed by the VAR officials.

And there were looks of disbelief among the Spanish players and officials – and deafening cheers from the Russian fans in the stands – as it was decided that there wasn’t a clear and obvious error to overturn, as Spain’s calls for a last-gasp penalty were dramatically waved away.

It meant the match went to a penalty shoot-out, and Iniesta, Fedor Smolov, Pique and Ignashevich all netted their respective spot-kicks before Koke saw his effort saved by the diving Igor Akinfeev in the Russian goal.

Aleksandr Golovin then netted for Russia to crank the pressure up on Spain, but Ramos was equal to it, as he netted his penalty. But after Cheryshev successfully converted his spot-kick to make it four out of four for the Russians, Iago Aspas knew that failure to score would spell the end of the tournament for Spain.

And so it proved, as the substitute striker’s penalty went straight down the middle and was brilliantly saved by the foot of the diving Akinfeev, sparking crazy scenes in the Luzhniki Stadium as Russia’s passage to the quarter-finals was confirmed.

This view shows how incredible Akinfeev's save was! The toast of a nation tonight! #WorldCup #ESPRUS pic.twitter.com/ROYigDAcJM

Russia will now face the winners of tonight’s Croatia vs Denmark match in the quarter-finals in Sochi on Saturday.