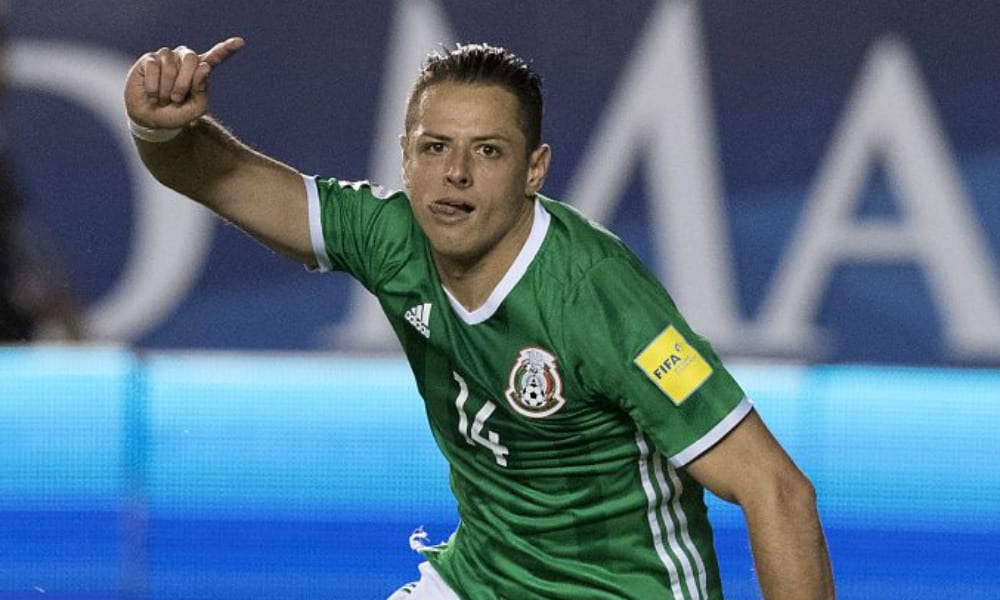 Mexico moved one step closer to the knockout stages with a 2-1 win over South Korea in Group F.

Javier Hernandez was the hero, with his 50th goal for Mexico proving to be the decisive strike after the South Koreans staged a stoppage-time comeback.

The Mexicans took the lead mid-way through the first half thanks to Jang Hyun Soo, who was penalised for handball in the box. Carlos Vela stepped up and scored from the spot as Mexico took control of the game.

Despite looking comfortable in possession and enjoying long spells of attacking pressure, Mexico were unable to convert that dominance into goals as they went into the dressing rooms at halftime only 1-0 ahead.

South Korea came out looking to cancel out Mexico’s lead, but were punished on the counter-attack as Hernandez scored his landmark goal, rounding off a sweeping move with a cool finish.

His 50th for Mexico!

The South Korean fans eventually had something to cheer when Tottenham striker Son Heung-Min scored with a superb curling effort in stoppage time.

But it wasn’t enough to save their World Cup campaign as Mexico held on comfortably for the win and South Korea were mathematically eliminated with a game to spare.