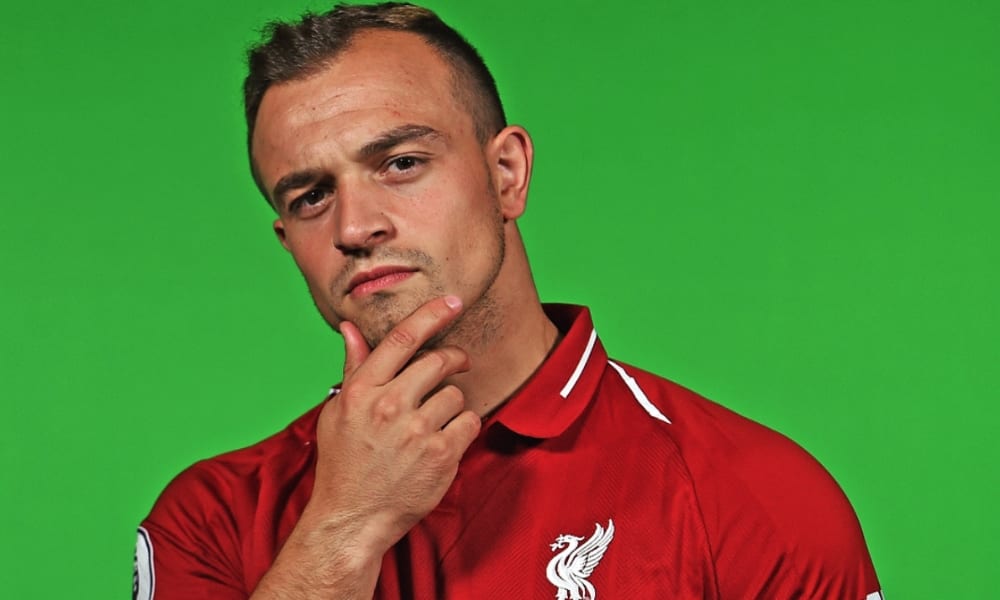 Liverpool have signed Swiss forward Xherdan Shaqiri from Stoke City as they bolstered their attacking options ahead of the Premier League season.

Shaqiri was one of the star performers in Switzerland’s World Cup 2018 campaign, as they reached the Last 16 stage of the competition.

And now the former Inter Milan man has departed Stoke City for Anfield after Liverpool met the £13million release clause in his contract.

Shaqiri joins fellow new additions Fabinho and Naby Keita in Jurgen Klopp’s Liverpool squad for the coming campaign as the Merseyside club looks to improve on their fourth-place finish in the EPL last season.

Klopp’s Liverpool were arguably the most entertaining side to watch in England last season, with only title winners Manchester City scoring more goals in the Premier League.

Liverpool battled on two fronts, as they made it all the way to the UEFA Champions League Final, only to agonisingly miss out to Real Madrid in Kiev.

And now the Reds’ boss has added Shaqiri to his ranks, Klopp says the arrival of the Swiss star is a “no-brainer” for the club.

“I think the English phrase to explain the decision to sign Xherdan is a ‘no-brainer’,” he told the official Liverpool FC website.

“When someone like him becomes available in this way you have to react if you are smart – and we have.

“He has speed and ability, has the right amount of arrogance on the football pitch, real bravery to want the ball and influence things. To play for us these are mandatory requirements.

“From our perspective, he is someone who makes a big difference to the squad and team, because he can fit in so many positions in our system. He gives us greater flexibility in how we can use our current players also. This is cool.

“He joins a dressing room of really good lads and I know they will welcome him with open arms and help him settle and integrate quickly.”

Shaqiri will wear his preferred number 23 shirt at Liverpool, and said he’s delighted to have finally joined the Merseyside club after a previous attempt to join the side fell through while he was at Bayern Munich.

“As a player you always want to be on the biggest stage in football. A few years ago I wanted to come too but it didn’t happen. I’m really happy that now I’m finally here.

“I want to improve myself too, I want to be with the best and I want to win titles. That’s what I’m here for.”