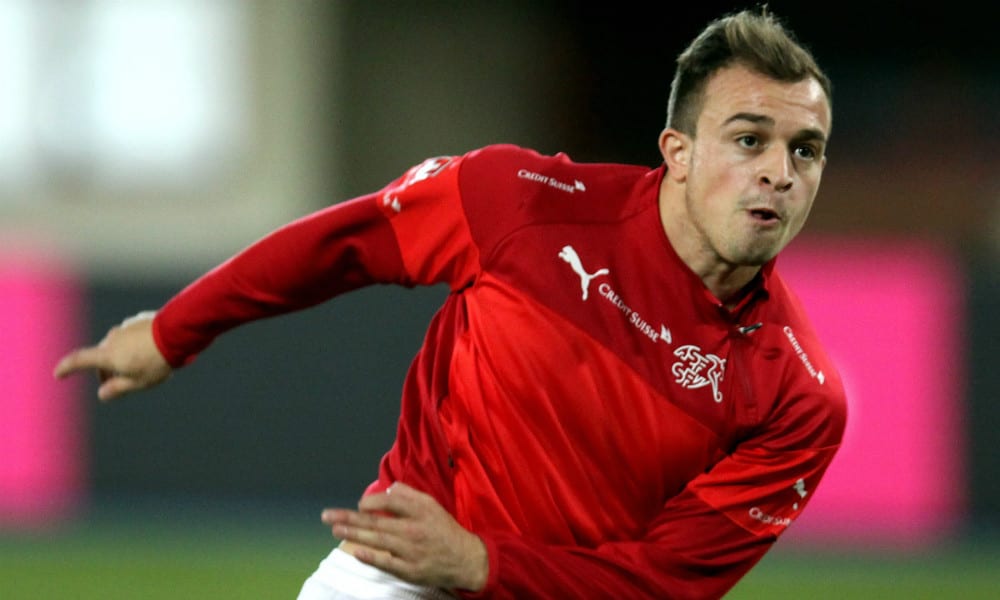 The game exploded into life in the fifth minute when Newcastle United striker Alexandar Mitrovic rose highest to head Dusan Tadic’s cross into the top corner and give Serbia an early lead.

It sparked an entertaining clash between two sides with eyes on a place in the knockout stages, but despite action at both ends of the pitch, Mitrovic’s header was the only goal of the half.

Only goal so far. RT @cb_ranger: Mitrovic heads it in to give Serbia the early lead #WorldCup #SRBSUI #SRB pic.twitter.com/mu31DgOxNZ

The Swiss came out positively at the start of the second half and got the breakthrough their fast start deserved in the 52nd minute.

A Swiss attack was thwarted by the Serbian defence, but they failed to clear adequately and Arsenal’s Granit Xhaka pounced on the loose ball and fired a superb swerving effort past Vladimir Stojkovic in the Serbian goal.

There was a controversial incident at the 66-minute mark, as Mitrovic was clearly manhandled inside the penalty area, by not one, but two Swiss defenders.

Fabien Shar and Stephan Lichtsteiner teamed up to smother the Newcastle United man inside the box, but despite the appeals from Mitrovic and the Serbian bench, calls for a penalty were waved away by the referee, with a VAR review conspicuous by its absence.

And with the game entering the final minute, Xherdan Shaqiri sprung the Serbian offside trap, sped into the penalty area and calmly slotted the ball past Stojkovic as wild Swiss celebrations erupted in the stands.

A Swiss win over Costa Rica will mean Serbia’s only chance of progression to the knockout stages will hinge on them beating – and in the process knocking out – Brazil in their final group game.