Russia 5-0 Saudi Arabia: Hosts kick off the World Cup with a resounding win
Press enter to begin your search
Sports

Russia 5-0 Saudi Arabia: Hosts kick off the World Cup with a resounding win 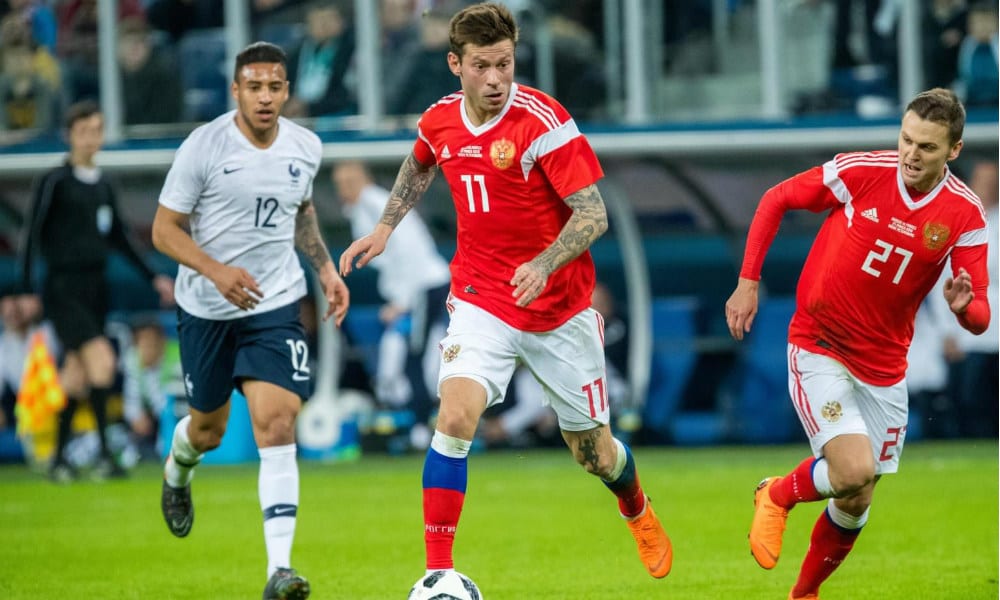 The 2018 World Cup kicked off with Robbie Williams asking the world to let him entertain them, and the host nation did exactly that with a resounding 5-0 win over Saudi Arabia to kick off their Group A campaign.

Saudi Arabia arguably settled the quicker of the two sides, but once the Russians got a foothold in the game, it became one-way traffic, with substitute Denis Cheryshev netting twice in a dominant Russian display.

The hosts made the breakthrough in the 12th minute when the Saudis failed to properly clear a corner. A loose header was picked up just inside the box by Alexsandr Golovin, whose deep cross was met by a great back-post header by Yuri Gazinski for the opening goal of the tournament.

SCENES at the Moscow fan park as #Rus get that opening goal.

And Russia doubled their lead going into the break after a sublime piece of skill from Villareal’s Cheryshev, who came on as a 24th-minute substitute after striker Alan Dzagoev went down with a hamstring injury.

Cheryshev dropped took possession inside the box, dropped his shoulder and put two defenders on their backsides, then smashed the ball into the top corner to send the stadium into raptures as Russia went 2-0 up.

It got even better for the hosts in the second half, when rangy target man Artem Dzyuba came off the bench to make an instant impact, heading home Russia’s third with his first touch of the game on 71 minutes.

Cheryshev added a fourth with the goal of the game in stoppage time, then Alexsandr Golovin capped off an impressive midfield display with a last-second free kick to round things off.

Given the fact that Russia headed into the tournament with a squad rated by many experts as one of the weakest in recent history, the other two sides in Group A, Uruguay and Egypt, will be looking forward to seeing what their world-class strikers could do against both sides as the group stages develop.

But right now, the host nation is partying as they celebrate their huge opening day win.

The 2018 FIFA #WorldCup is currently averaging five goals per game!