Mo Salah’s spot-kick was mere consolation for Egypt, who were well beaten by the hosts in their second group game 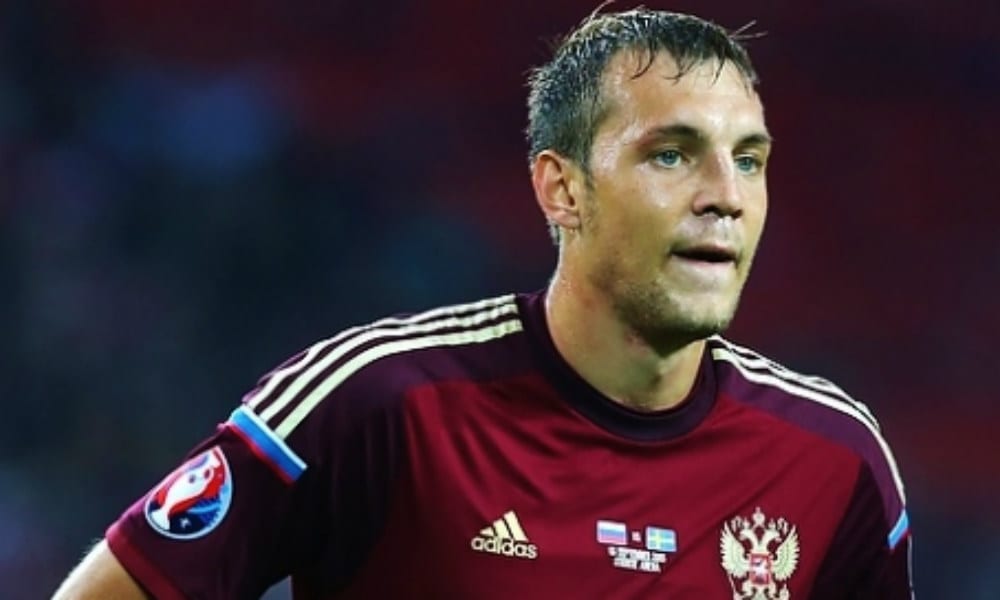 Russia stand on the verge of progression to the knockout stages after a convincing 3-1 win over Egypt in St. Petersburg.

After a first half devoid of chances, Russia took charge in a second half that saw them increase their already impressive goal difference with three goals in 17 second-half minutes.

They had Egypt to thank for the opener, after a bizarre own goal by Ahmed Fathy gifted the hosts the lead a minute into the second half.

Roman Zobnin’s wayward shot was heading towards target man Artem Dzyuba and Fathy stretched ahead of him to intercept the ball.

Unfortunately, his effort saw him divert the ball into the bottom corner of his own net, leaving goalkeeper Mohamed El-Shenawy helpless.

Russia have the ball in the back of the net and it appears it was thanks to an own goal by Egypt's Fathi. #RUS #EGY pic.twitter.com/f0iM2MaKpW

Egypt’s big hope was for their hero Mo Salah to produce a moment of magic, but the Liverpool front man looked out of sorts for much of the game, while his teammates struggled to give him any real service in advanced areas.

Salah had a half-chance after 55 minutes, but was unable to get the ball out of his feet quickly enough to get a clear shot at goal.

And where Salah failed at one end, Russia succeeded at the other, as they punished Egypt with two goals in the space of three minutes.

Russian right back Figueira Fernandes charged into the penalty area, got the by-line and pulled the ball back perfectly for Denis Cheryshev, who finished first-time with one sweep of his right boot.

Cheryshev scores after a great pullback finds him in space on the edge of the six and Russia have a second! #RUS pic.twitter.com/m8Rf4ojVoW

Then, just a couple of minutes later, Dzyuba latched onto a long high ball, turned brilliantly and finished superbly to put the Russians 3-0 up and send the home nation’s fans into a frenzy.

Dzyuba joins the fun with a goal of his own and Russia are running away with this one. #RUS pic.twitter.com/9marDYh3TR

Salah finally got a clear sight of goal on 73 minutes when he was pulled down in the box. An initial free-kick outside the box was corrected to a penalty by VAR, and the Liverpool star stepped up and smashed home the penalty to finally give the Egyptian fans something to cheer.

But that was as good as it got for The Pharoahs, as they fell to their second straight defeat to leave their hopes of progression in tatters.

And thus, after today's result, things are looking good for the hosts…#RUSEGY // #WorldCup pic.twitter.com/9eXSJdG2Pl