Senegal benefited from two pieces of good fortune, but were well worth their 2-1 win over Poland 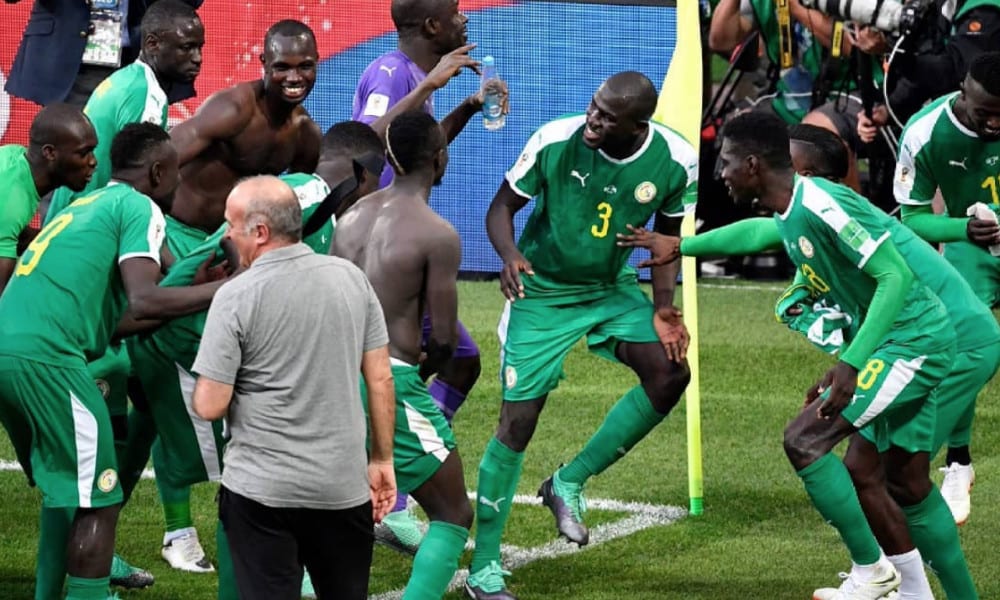 Aided firstly by an own goal and then a controversial second, Senegal edged a tight encounter with Poland to finish the final round of opening group games tied at the top of Group H.

After a tense, tight opening half of football Senegal made the breakthrough just before the break, when Idrissa Gueye’s shot took a massive deflection off Polish defender Thiago Cionek and completely wrong-footed goalkeeper Wojciech Szczesny to put ‘The Lions of Teranga’ ahead.

Gueye has his shot deflected by Coniek and it trickles into the goal past the helpless Szczęsny. #SEN pic.twitter.com/T1GZ8zOE8F

The action was equally tight in the second period, though Poland struggled to find an end product to their build-up play, with striker Robert Lewandowski a peripheral figure for much of the contest.

And Senegal’s second goal on the hour mark had more than a hint of controversy about it, as the match officials contributed to the African side’s match-winning strike.

Following a spell on the sidelines after sustaining an injury, M’Baye Niang was let back onto the field just as Poland were making a backpass into his area of the pitch.

Niang outpaced the Polish defence and goalkeeper Szczesny to the loose ball, then rolled it into the empty net to send the Senegalese fans into delirium – and the Polish fans and players into meltdown.

After coming off injured, Niang is waved on by the referee and almost immediately wins the ball and scores. #SEN pic.twitter.com/5Z28h0wv49

Senegal nerves were jangling in the closing minutes after Poles pulled a goal back with four minutes to go through Grzegorz Krychowiak’s smart header. But it was no more than a consolation for a Polish side that didn’t look threatening enough in the final third to overly trouble Senegal, who celebrated in fine style, dancing in the corner of the field in front of their travelling fans.

This is why you ride with Senegal. #SEN pic.twitter.com/OWM8C9quCw

Senegal's Aliou Cissé with one of the great World Cup coaching celebrations. You may meme this if you would like, internets. pic.twitter.com/zVkaWiotky