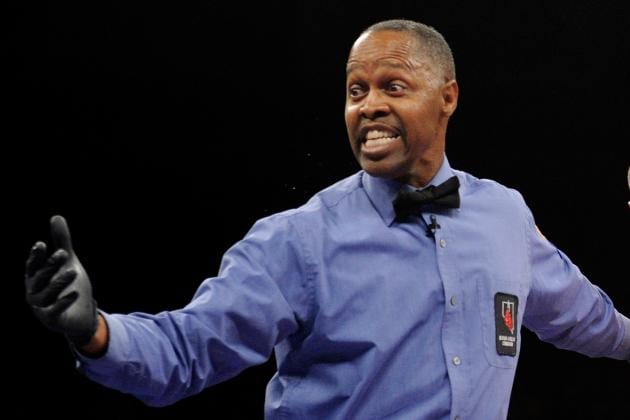 Kenny Bayless, a frequent referee of Floyd Mayweather fights, has been ruled out of officiating the August 26 clash between Mayweather and Conor McGregor, reports the LA Times.

During last Friday’s open workouts, McGregor himself even addressed those remarks stating that they should have him pulled from potential duties. “His views … he went public on what he thought the fight was,” McGregor said. “He can’t be involved in the event.”

McGregor’s wishes have been granted. In an interview with the Times, NSAC director Bob Bennett — who will be involved this Wednesday in a vote on potential glove size, referees and judges for the contest — agreed that Bayless’ words made him unfit to take part in the event.

“Kenny Bayless was removed from being considered because of the comment,” Bennett said. “Based on his comment — he shouldn’t be talking to the media unless it’s something mundane, like about how an official works — he was removed long before McGregor said anything.

“Kenny’s an outstanding referee,” Bennett continued. “I don’t think he’s prejudiced toward Mayweather or anyone else, but the fact he made the statement that the event shouldn’t be going on makes him ineligible to be considered as the referee.”