Rashad Evans discusses the lows a fighter faces after losing 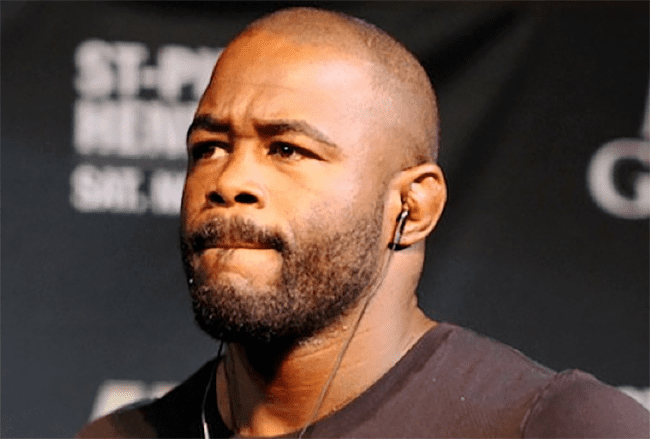 Training as hard as they can for weeks on end to do the thing you want to do around just three times a year can leave athletes with a sense of sorrow, even after a victory. So if they lose…

Any profession someone has can form part of their identity, but none seem quite as personal as being a fighter. When you lose, you often lose spectacularly. When you train for weeks on end to stop the person standing across the cage from bringing physical harm to you, and then fail, it can bring around a mental crisis.

Former light heavyweight champion Rashad Evans knows this phenomenon. Evans has won just two in his last six. Before that, his record was 17-1-1. He was most recently seen losing to Glover Teixeira in under two minutes, and even now, this late in his career, losing still hurts.

“Fuck yeah, I’d go through depression [after a loss],” Evans said speaking on the UFC Unfiltered podcast. “It’d be bad. I would go through depression just because I take care of my family with this, and if I can’t win then what am I going to do? Because then, what if I lose my job, and then I started worrying and stressing about that.

“Now, not only from a security stand point, just like… self-worth. I never want to be the guy who starts to identify themselves as ‘the fighter’. I never wanted to become ‘Suga’ Rashad Evans. I always wanted to maintain being Rashad Evans. But some how along the way, through doing good in the sport, getting patted on the back and all those things that happen — through just being part of the sport — you tend to lose sight of that. You tend to lose sight of the real you.

“So when I lost a fight, I really got injured. It was really a bad thing to the point where I couldn’t get past it, because it was my ego that was hurt more than anything. It’s because I allowed myself to become to identified with Rashad the fighter and not more Rashad the person.”

Despite being a successful and veteran fighter, Evans still struggles with losing. Each fight represents a different story, and as such, offers a different aspect to resent with a loss.

“Like, after I got knocked out by Glover Teixeira. Got knocked out, lost in like a minute and a half. I’m just overwhelmingly embarrassed and then more importantly just disappointed because that was the fight. That was the fight that I was gonna come back and I was gonna show the world that I still got it, they slept on me and everything else like that and I just went and shit the bed.

“I couldn’t believe it, I couldn’t wrap my mind around it because in my head I just knew i was gonna win the fight. It made me sick.”

Evans returns to action at UFC 205 against Tim Kennedy. It marks his debut at middleweight, and with it an attempt to bring his career back on track. UFC 205 takes place on Nov. 12, at Madison Square Garden in New York City.