Check out some pro reactions 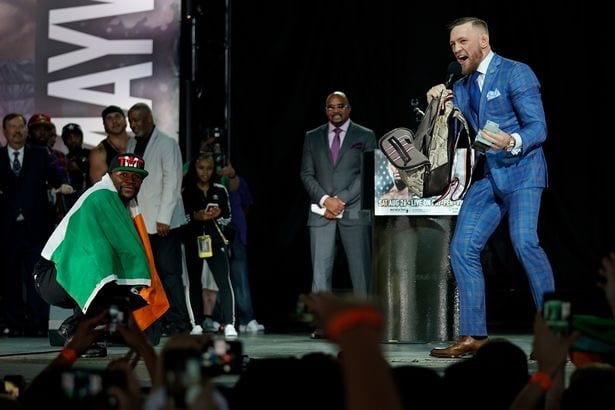 As usual, plenty of fighters tuned in to watch Conor McGregor last night.

The UFC lightweight champion unleashed a blitz at boxing great Floyd Mayweather, attacking various parts of his clothing, age and other aspects of his personality.

And, while fans cheered on, fighters at home were similarly affected. Check out some of their reactions below:

Day #2 to the notorious king @TheNotoriousMMA now @SHOsports is getting what they're paying for.

Hahha now it has begun ! #MayweatherVsMcGregor

Loving the media tour with @TheNotoriousMMA & @FloydMayweather Conor is landing clean in Toronto. Have him up 10-8 he even TKO'd showtime