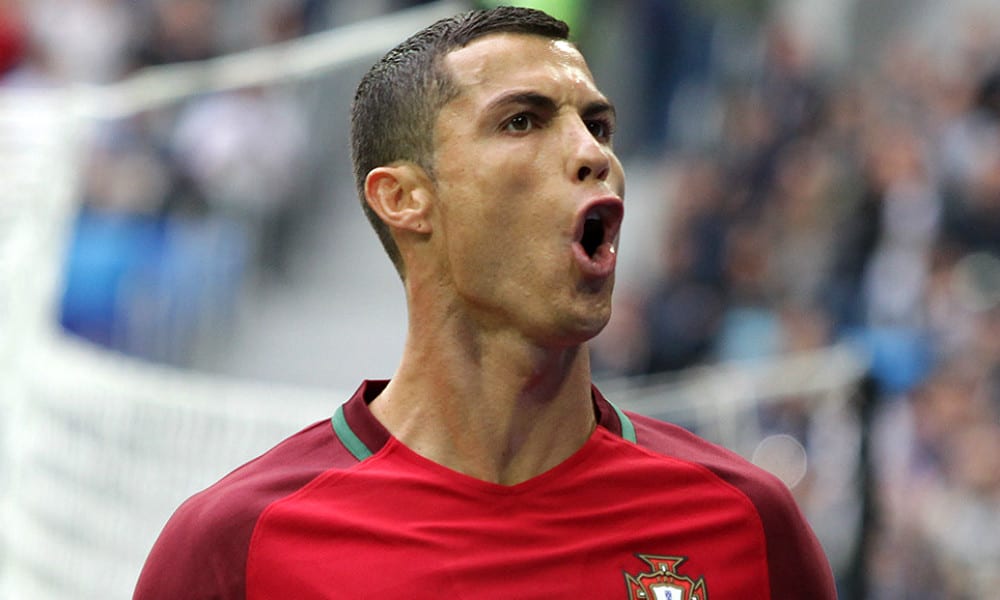 Cristiano Ronaldo netted his fourth goal of the World Cup as Portugal defeated Morocco in their second Group A game in Moscow.

Ronaldo stamped his authority on the game after just four minutes to become the all-time leading goalscorer from Europe in international football with 85 goals.

And while the Portuguese superstar is renowned for scoring spectacular goals, his record-breaking 85th international goal was from a corner routine straight off the training ground.

A quickly taken corner was played short, then the ball was swung into the box, where Ronaldo found space to stoop low and head home to put Portugal a goal ahead.

ICYMI: Here's how Ronaldo scored to give Portugal their early first half lead against Morocco. #POR #MAR pic.twitter.com/ldTZQf8qko

It was far from one-way traffic, however, as Morocco responded well to their early setback, playing dangerous balls into the Portuguese box, earning attacking set-pieces and forcing the European Champions to be on their guard at the back.

Indeed, the North African side probably shaded the first half in terms of pressure exerted and chances created, and came close to levelling from a corner of their own. Defender Medhi Benatia was left free at the back post to head at goal, but goalkeeper Rui Patricio was alive to it.

The Moroccans also saw two reasonable claims for penalty kicks waved away by the officials, with head coach Hervé Renard receiving a telling-off from referee Mark Geiger following some strong protests on the touchline.

The second half saw more chances created at both ends. Ronaldo blazed over five minutes after the break when he should have done better, while Morocco created a host of chances from set-pieces, with Rui Patricio saving well to deny Younès Belhanda’s superb flicked header from a Morocco free-kick.

Beyond Ronaldo’s flashes of quality, Portugal looked slow and laboured, while Morocco, for all their dominance, simply didn’t have the cutting edge to convert their possession into goals.

It may not have been pretty, but Portugal’s win leaves them in a strong position heading into the final round of group games.

But for Morocco, their final game against Spain will be no more than a farewell appearance, with their mathematical elimination from the tournament confirmed.