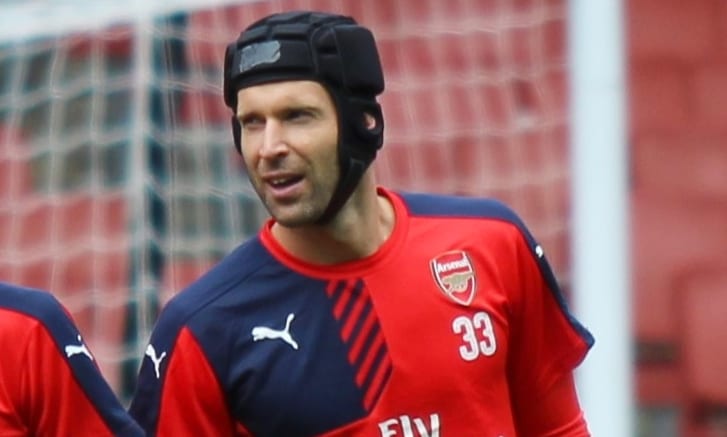 Arsenal goalkeeper Petr Cech was the hero against his old club as the Gunners defeated Chelsea on penalties in the International Champions Cup in Dublin.

Cech showed that he was in fine pre-season form as he saved twice from the spot – once from Alvaro Morata during the first half, then from Ruben Loftus-Cheek in the penalty shoot-out – as Arsenal claimed victory after the game finished 1-1 after normal time.

Chelsea dominated the play in the opening half in Dublin, and took the lead through Antonio Rudiger’s header.

And while Arsenal turned in a better performance in the second half, they struggled to find the net.

But with just 17 seconds left on the clock, French striker Alexandre Lacazette pounced to equalise and take the game to a penalty shoot-out.

The two sides looked well-drilled and relaxed as the first 10 penalty takers each found the net.

But Cech made the crucial block for Arsenal, stopping Loftus-Cheek’s effort to seal victory.

New Arsenal boss Unai Emery told reporters after the game he was pleased with his side’s performance, saying: “We are very happy with the 90 minutes because the performance got better during the match.”

Meanwhile, Chelsea will move on to London to take on Manchester City in the Community Shield at Wembley Stadium on Sunday.