‘You think I’m not tough?’: Khamzat Chimaev says he will ‘smash’ the rest of the division after Burns win
Press enter to begin your search
MMA

‘You think I’m not tough?’: Khamzat Chimaev says he will ‘smash’ the rest of the division after Burns win 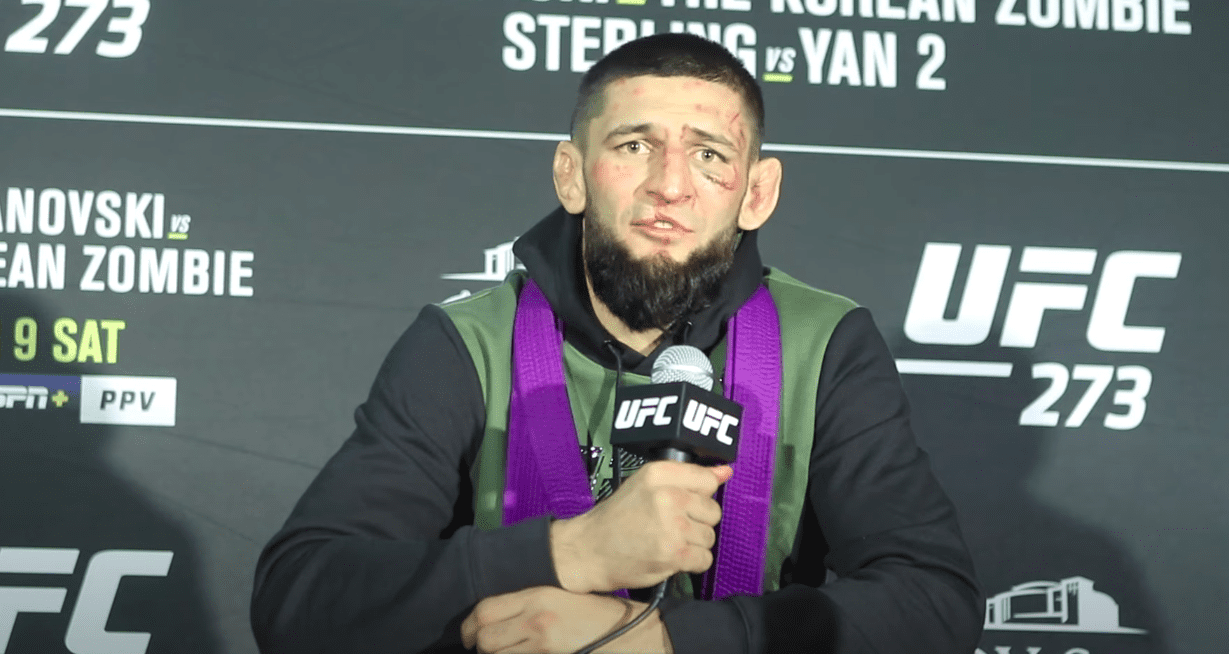 The narrative going into Saturday’s fight with Gilbert Burns was that Khamzat Chimaev had never been tested in his career. That can no longer be said.

Chimaev and Burns went toe-to-toe for three furious rounds in Jacksonville on Saturday night in the type of fight which serves to enhance the reputations of both fighters and, from Chimaev’s perspective at least, answered some unknowns which had remained despite the dominant start he made to his career.

Can he take a punch? What’s his gas tank really like? Is he good enough to hang with the best in the welterweight division? Well, as it turns out the answer to the above questions is in the affirmative, even if Chimaev saw some flaws in his own strategy with the benefit of hindsight.

Chimaev says that, despite winning the fight, he paid the toll for head-hunting.

“I already know,” Chimaev said of the shortcomings of his strategy. “From the beginning, I tried to knock him out. My coach said to me start slowly, work with your jab and defend. I just go in and just did some crazy s*** and I dropped him and I got more excited. I tried to finish him. I needed to let him up and knock him out again.

“I’m going to watch my fight [one more time] what’s happening there. I don’t care about this s***. I’ll fight again against somebody else.

“Before, I didn’t get that fight. It was my first fight like that. I loved it. I was waiting for that for a long time. I had 10 fights and 10 finishes but this fight happened. I bled, sweat and fought three rounds.”

Ominously, Chimaev added a warning to the rest of the division: “You think I’m not tough? I showed my heart. I am tougher than everyone. Gonna smash them all.”