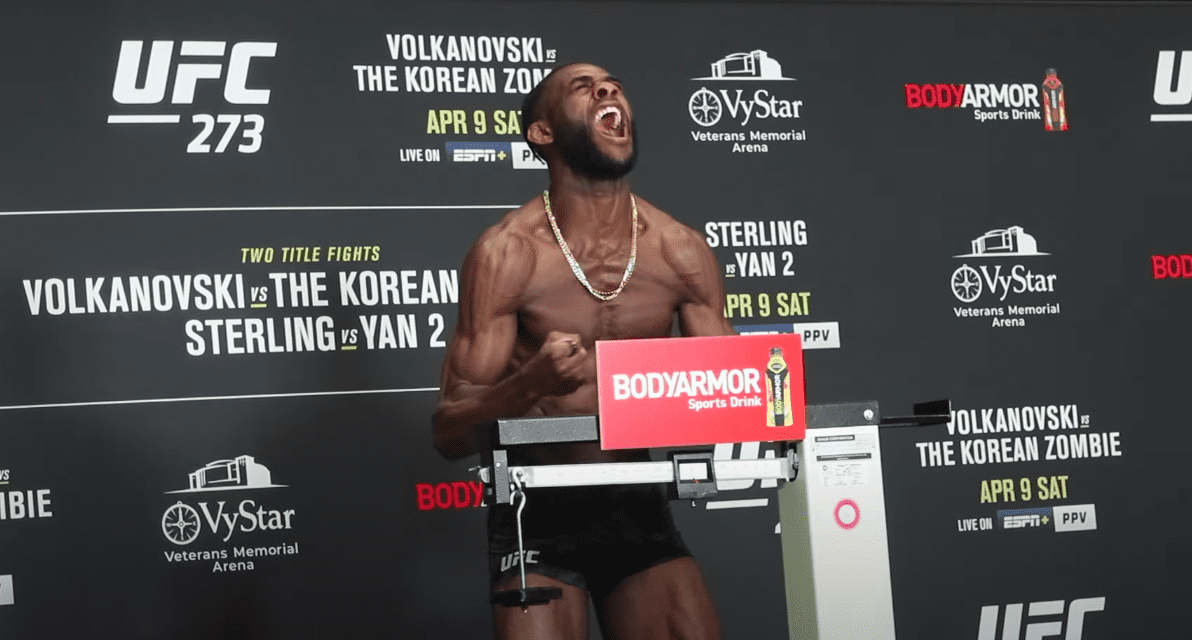 If there was any doubt as to who the best fighter at 135-pounds in the UFC is, well, there is less so today after Sterling won a close, split decision against former champion Petr Yan at UFC 273 in Jacksonville, Florida on Saturday night. The fight, a rematch from 13 months prior when Yan was disqualified (losing his title in the process) for throwing an illegal strike, was a razor-thin affair, with Sterling’s work in the first three rounds considered enough by a majority of judges to be enough to claim a hard-fought victory.

And with Sterling now classified as the undisputed bantamweight champion, he has called for some of the more troll-ish of MMA fans online to admit their errors in saying that Yan would breeze through his rematch with Sterling.

I’m going to need y’all to fill this out and hand it in to me by the end of the work day 🤡
•#UFC273 #AndStill #TheWeeklyScraps pic.twitter.com/DalnSPF88Q

“I’m going to need y’all to fill this out and hand it in to me by the end of the work day,” wrote Sterling along with the above form, which included check-boxes reading ‘the media convinced me he was done’ and ‘I didn’t watch the actual fights’.

After the fight, UFC boss Dana White stated that he felt Yan won the fight (a minority opinion, to be clear) but added that the Sterling-Yan rivalry is on hold for now.

Sterling has been linked to an forthcoming title defence against another former champion, TJ Dillashaw. Until then, though, he will enjoy him moment in the sun — and who can blame him?