Yoel Romero: ‘It’s a pleasure to be fighting in Dublin’
Press enter to begin your search
MMA

Yoel Romero: ‘It’s a pleasure to be fighting in Dublin’ 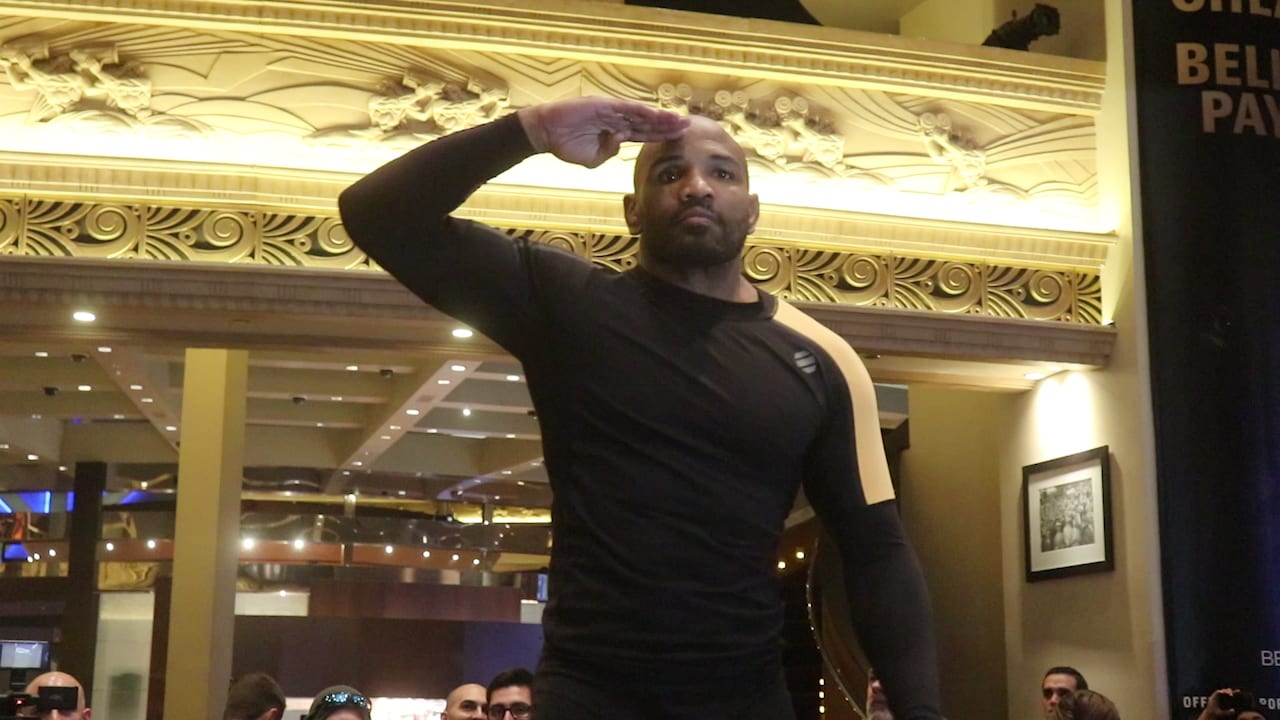 If it feels like Yoel Romero has been around forever that’s because, well, he kinda has.

The Cuban has been a mainstay in MMA since 2009 but his journey through combat sports began a long time before that on the wrestling mats in his native Pinar del Río on a journey which would see him claim an Olympic silver medal in 2000, as well as a world championship win in 1999 — just years after he first began training — where he defeated the 1996 Olympic gold winner Khadzhimurad Magomedov

But while his accolades in freestyle wrestling speak for themselves, Romero is often thought of as perhaps the best athlete to have never won a major world title in MMA — but this is something, even at 45 years old, he wants to change as he prepares to take on Melvin Manhoef in Dublin on Friday what is his third Bellator fight.

“For me, it’s a pleasure to be fighting in Dublin,” Romero told the media through his translator. It’s one of those places where people would love to put on a show. As far as Melvin, I don’t think about whether I’m going to beat him easily or not.

“No. What I do think about is doing my job, putting in play what we’ve been practicing in camp, and getting my hand raised in victory. My goals are still the same, my ambitions are still the same — become champion in both divisions. ’m fighting at 205 in this fight and after this fight, lose some weight and go down to 185 pounds. Resists a little more, not eat as much and go down to my old division, 185-pounds.”

Romero added this week in an interview with Ariel Helwani on The MMA Hour that he is hoping to do Conor McGregor proud in the Dubliner’s hometown, and perhaps even take some tips on how to become a two-weight world champion.

“The fact that someone like Conor McGregor, who made mixed martial arts and UFC history by becoming the first fighter to hold two belts at the same time,” he said. “For someone like him to recognise you, it validates every kind of effort that you make. Every stride that you take. And it makes you want to perform even better to keep making him proud.”