Jeremy Stephens and Yair Rodriguez will finally settle a score weeks after their ill-fated bout in Mexico City. 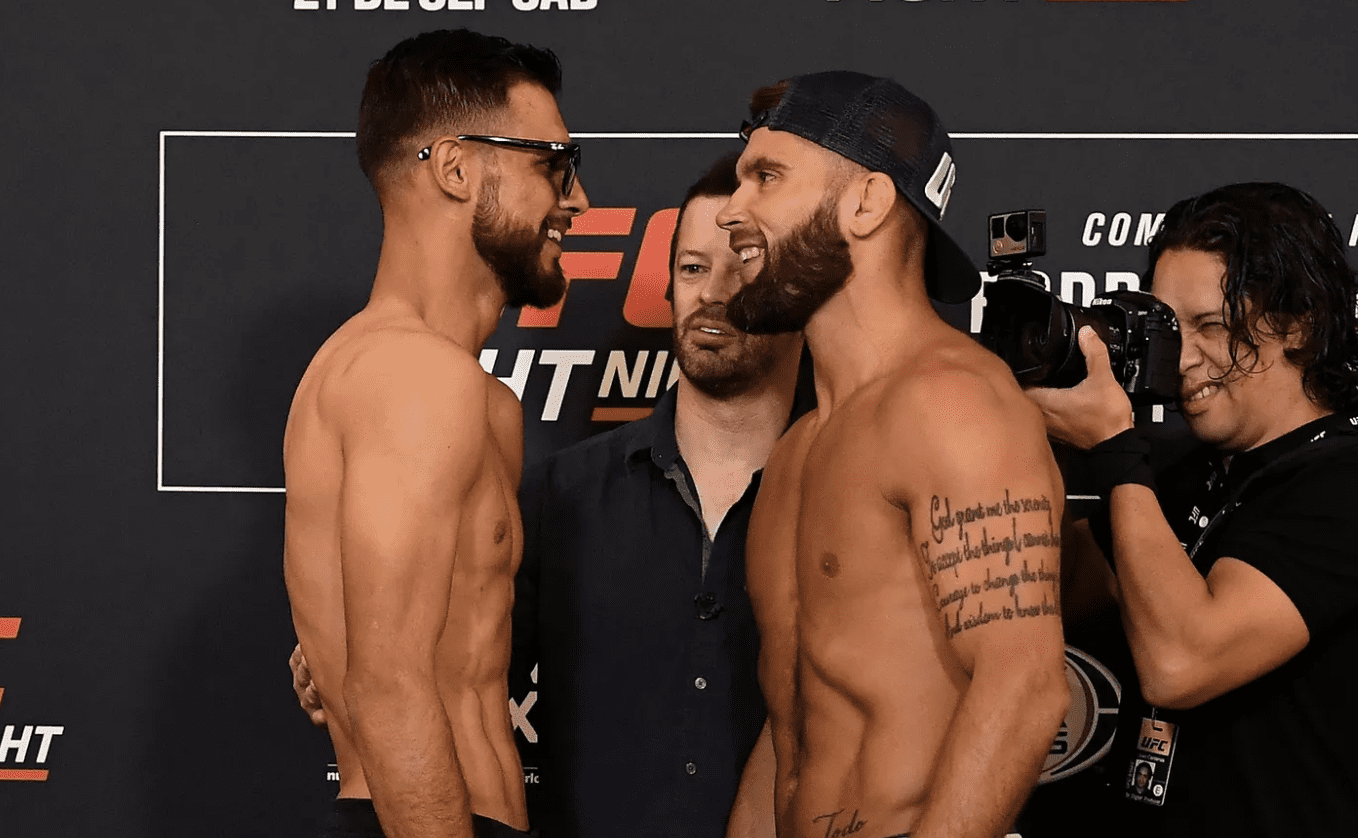 Let’s try that one more time, shall we?

After their ill-fated UFC Mexico City main event was curtailed after just 15-seconds following an eye-poke received by American fighter Stephens, he and Yair Rodriguez will cross paths once again in just a few weeks’ time.

News of the bout, which was first reported by ESPN’s Brett Okamoto, comes after the fiercely controversial (and brief) bout which was met with fury by members of the audience in Mexico City, some of whom pelted the cage with items. Stephens was also a target for projectiles when he was exiting the cage. The two fighters also had a heated exchange when they crossed paths at the fighter hotel later in the evening.

Breaking: Yair Rodriguez (@panteraufc) vs. Jeremy Stephens (@LiLHeathenMMA) is being re-booked as the co-main event for UFC Fight Night on Oct. 18 in Boston, per UFC president Dana White. pic.twitter.com/2wlpvBOGFI

The winner of the October 18 fight will likely be considered on the precipice of title contention at 145-pounds. Stephens is a veteran in the division, having faced several of its biggest names but is without a high profile win in the weight class since he knocked out Josh Emmett in February 2018.

Rodriguez, meanwhile, earned a stunning ‘Knockout of the Year’ contender last year with a unique elbow KO against Chan Sung Jung, a fight in which he rebounded from a one-sided loss to Frankie Edgar months prior.

UFC Boston will be headlined by a light heavyweight contest between Dominick Reyes and former 185-pound champion Chris Weidman.