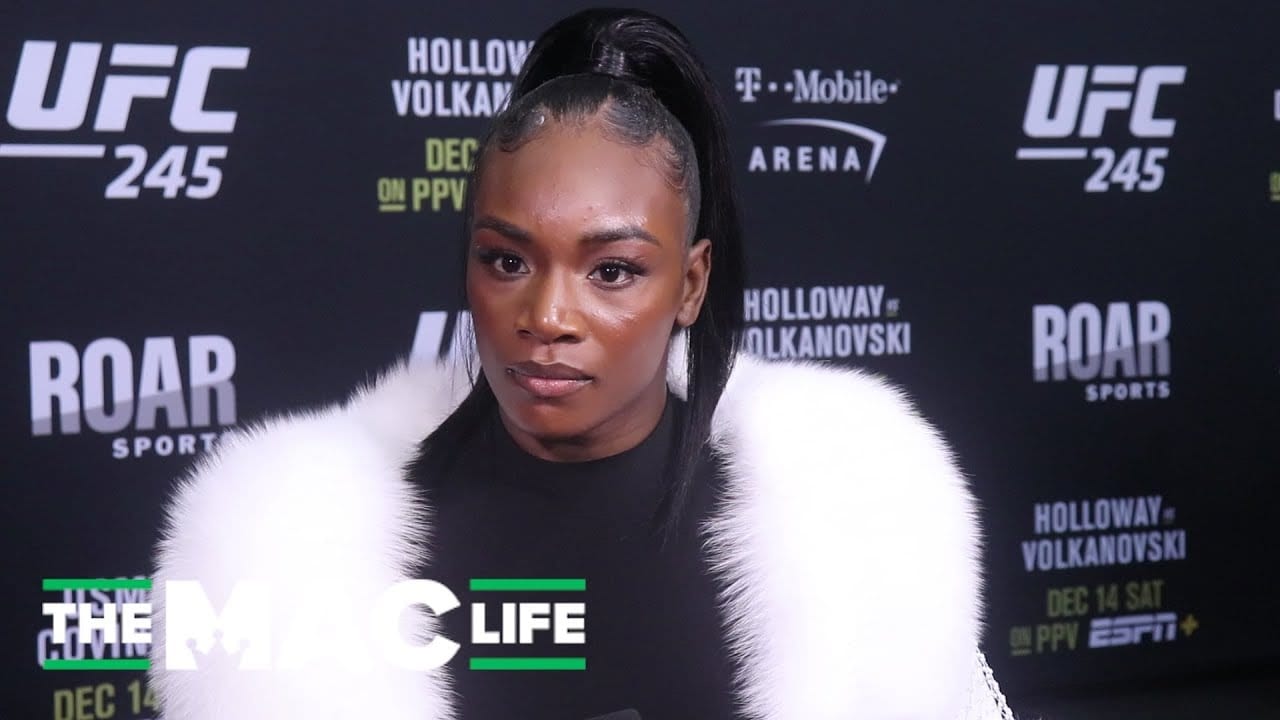 Olympic gold medallist and boxing world champion Claressa Shields has said that she wishes she took up MMA sooner after coming to the conclusion that women’s MMA fighters receive more respect that their boxing counterparts.

Shields, who is a perfect 11-0 in the pro ranks, made her MMA debut in June where she triumphed against Brittney Elkin via third round TKO on a PFL card but the 26-year-old admits that she wishes she began her MMA apprenticeship sooner after saying that women’s MMA fighters have much more potential to grow in their sport.

“I feel like I wouldn’t have switched over if I could become a household name in boxing,” Shields said via MMA Junkie. “I feel like I did everything I could do in boxing to be that household name and get that million dollar check. Even with all my accomplishments, it’s still not enough. That just pissed me off in general.

“But I decided that you know, instead of retiring from boxing and saying, ‘F this sport,’ I’m going to keep defending my titles in boxing, but I’m going to use my youth of 26 and see what I can do by the age of 32 — see if I can become MMA champion and a household name in MMA.

“I’ve already become a household name in MMA in the past few months just off one fight. So I should’ve started doing MMA way sooner. In boxing, you can only get so far and get so much notoriety, but in MMA it’s limitless.”

Shields is one of three names which dominate women’s boxing, the other two being Amanda Serrano and Katie Taylor — but weight disparities between Shields and those other two fighters means that a high profile showdown for either against Shields is unlikely.

For now though, Shields is content forging a new path.

“It’s sexist for people to say that (women can’t sell) without giving up the opportunity,” Shields said. “That’s the thing. Start giving women the opportunity, start getting the numbers. And if women don’t sell, whatever if they don’t sell, do your job and promote the fights. Build the story. Have the girls push each other at weigh-ins and sh*t. Do your job. That’s what you’re supposed to do.

“But they feel in women’s boxing that that’s impossible. How is it impossible if women in MMA are doing it? I think guys at the top who don’t want to cut the check, they’re just saying all this stuff so they can save money. ‘Women can’t do this. Women can’t do that. That’s going to lose us money,’ when it’s not.

“Women’s MMA is way bigger than (women’s) boxing,” Shields said. “I don’t know why because boxing has been around way longer and we have better-skilled fighters when it comes to standing up. I feel like in MMA, women get more respect because they fight at the same time as the men.

“People at the top like Dana White, Peter Murray, all these different organisations they give women a platform and they build the women up. Now women are being the main event and guys are in the undercard of women because the women have more fans than the men, and they’re entertaining and they’re tough fighters.