‘With you all the way, champ’: Conor McGregor sends well-wishes to Katie Taylor ahead of historic bout
Press enter to begin your search
BoxingMMA

‘With you all the way, champ’: Conor McGregor sends well-wishes to Katie Taylor ahead of historic bout 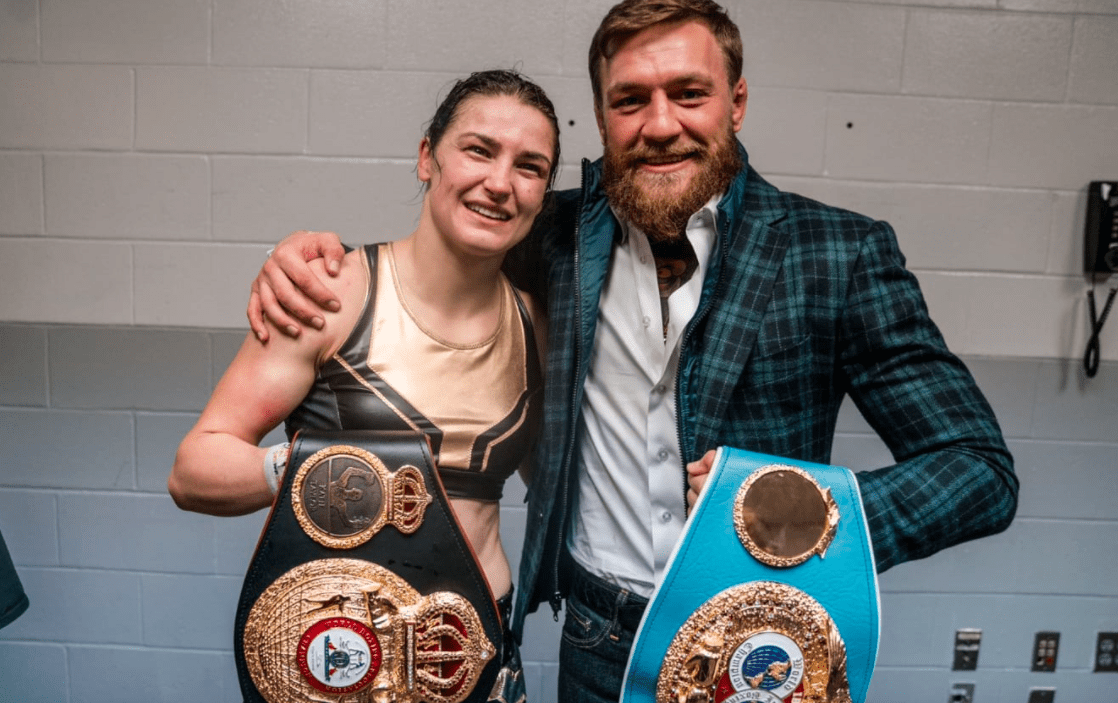 Come Saturday night, two of Ireland’s most prominent world champions will have made history in Madison Square Garden.

On a November night inside the world’s most famous fighting arena five or so years ago Conor McGregor outclassed the reigning UFC lightweight champion Eddie Alvarez, finishing the infamously tough Philadelphia native inside two rounds in a championship performance perhaps only rivalled in the UFC by the one-shot left hand knockout of Jose Aldo in a different city and a different weight class the previous December.

It was a piece of history; the first time a UFC card had been held inside the historic walls of Madison Square Garden. Tonight, years later, another Irish champion will add her name to the annals of history in the Big Apple.

Let’s go tonight, @KatieTaylor! Making history once again, this time in the famed Madison Square Garden!
With you all the way champ ❤️🇮🇪

Katie Taylor, Ireland’s finest-ever boxer and the unanimous choice as the finest female fighter in history, defends her undisputed lightweight championship against the seven-weight world champion Amanda Serrano. It is a fight quite literally years in the making and a defining one not just for women’s boxing, but for boxing a whole.

The fight has captured the attention of the world’s media. It has a big-fight feel. Reporters from all over the world are packed into media events, each looking for their 30 seconds with the fighters, or their silver-tongued promoters Eddie Hearn and Jake Paul. It has placed another fight taking place on Saturday night, Oscar Valdez vs. Shakur Stevenson, a fight which on any other night would be the sole focus of the sport, into second place.

And from one history-maker to another, there is solidarity between Ireland’s world champions.

“Let’s go tonight, Katie Taylor,” wrote McGregor on Twitter. “Making history once again, this time in the famed Madison Square Garden! With you all the way champ.”

Katie Taylor you suspect, much like McGregor, was built for these moments. And tonight, this is her arena — and her place at the summit of the sport.