‘What’s yours is mine’: Jorge Masvidal fires warning at Kamaru Usman after champion meets Dana White for ‘big boy business’

Usman and Masvidal continue to spar on social media. 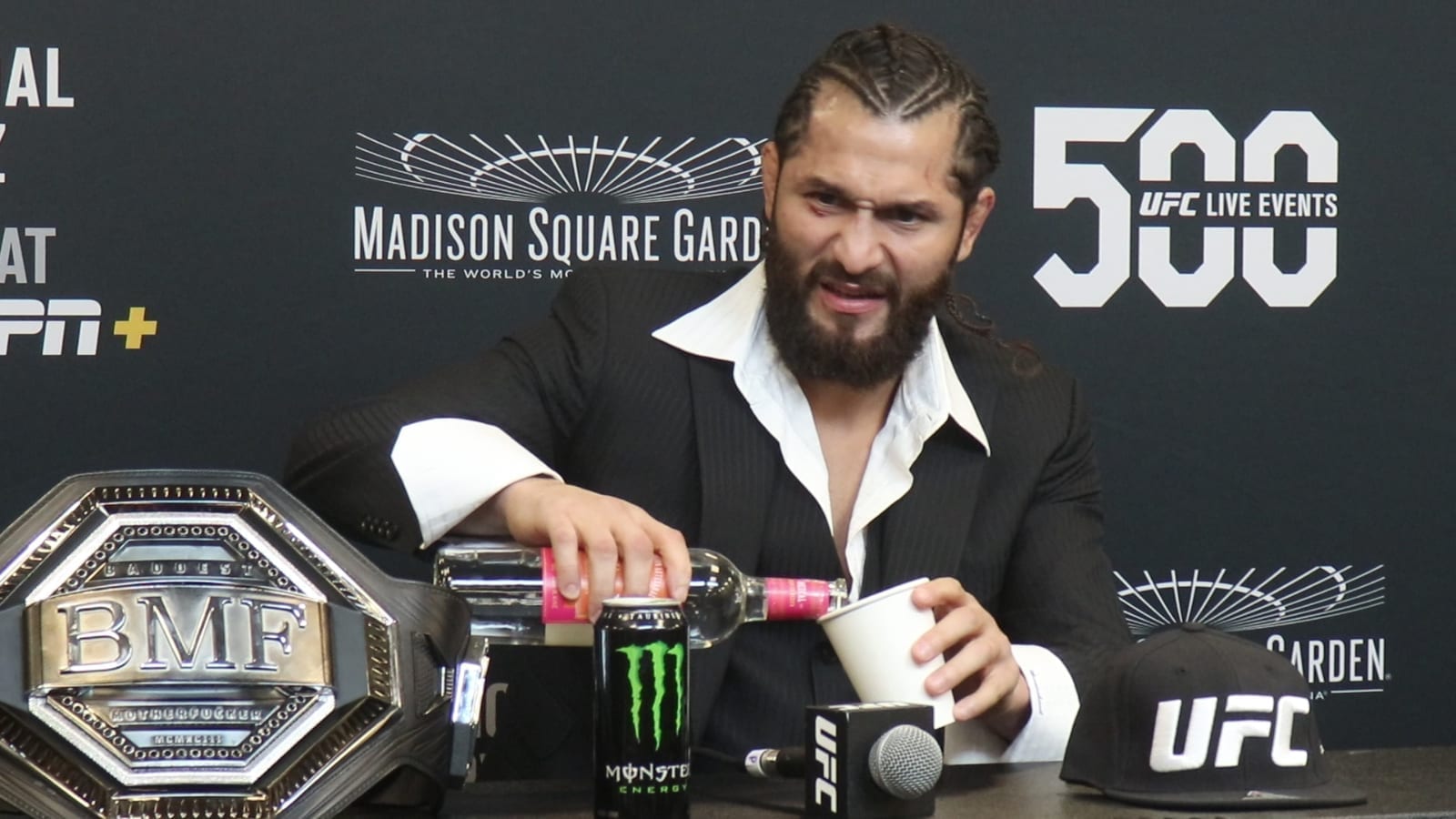 The pressure seems to be rising in the direction of a rematch between UFC welterweight champion Kamaru Usman and Jorge Masvidal.

Usman bookended his latest title defence against Gilbert Burns last weekend with a callout of his former foe Masvidal, who fought Usman for the title on just six days’ notice last year, on the UFC 258 broadcast — announcing that he doesn’t want to hear any excused about the length of his training camp this time around.

“We got this little street thug calling himself Jesus,” Usman told Joe Rogan. “He’s thinking he is Jesus. And you know Joe, we tried to make that fight several times. They tried to make that fight. But he kept backing out. The only reason this man took the (previous) fight is because it was on six days notice and he had a built in excuse.

“And he is still running his mouth talking about he broke my nose and stepping in on six days. Give him three weeks and he is going to do something. Guess what? It’s not done. I will give you a whole training camp. I guarantee you won’t sign on that dotted line because this time I’m going to finish your ass.”

Usman subsequently appeared in a social media photograph alongside his manager and Dana White in which he said “big boy business” was being undertaken, with Usman also announcing on Twitter that he was feeling “generous”.

You feeling generous and I’m feeling gooned out. I’m taking everything. What’s yours is mine #supernecessary

“You feeling generous and I’m feeling gooned out. I’m taking everything. What’s yours is mine #supernecessary,” Masvidal hit back.

So with the UFC seemingly going in the direction of booking a sequel to a short notice fight which pulled in north of one million pay-per-view buys, that leaves the other two top contenders at welterweight — Leon Edwards and Colby Covington — seemingly free to fight each other.

The logjam at 170-pounds seems a bit closer to clearing.