Every fighter on the card successfully made weight on Friday morning, with the sole exception of Wales’ Jack Marshman. 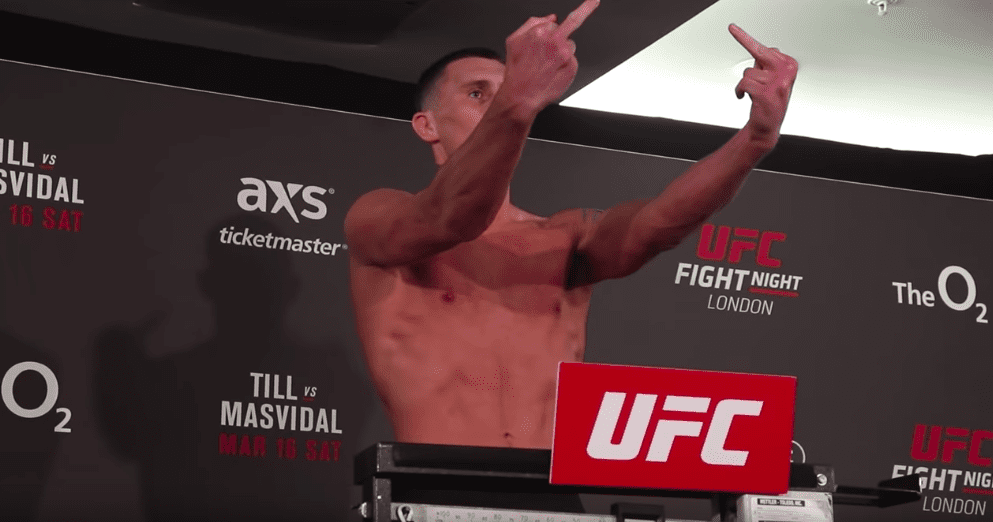 Saturday’s blockbuster main event inside London’s O2 Arena is officially a ‘go’ as both Darren Till and Jorge Masvidal successfully made weight on Friday morning ahead of the UFC on ESPN+ 5 fight card.

Every fighter on the card, with the exception of Jack Marshman who faces John Phillips in the much-hyped ‘Battle of Wales’, registered their contracted weight on the scales. Marshman came in at 188, two pounds over the middleweight limit. The Welshman was deducted 20% of his purse but the fight will go ahead as planned.

Gunnar Nelson weighed in at 170.5 for the co-main event against Leon Edwards, who tipped the scales at an even 170.